Avamposti – Dispatches From The Border

“AVAMPOSTI” (i.e. outposts) are the Carabinieri stations located in disadvantaged territories, suburbs in the hands of the mafias, where drugs and violence are daily occurrences. From the incessant daily activities, to the large operations aimed at the arrests and seizure of illicit substances, the men and women of the Arma represent the only defense of civil society against crime. 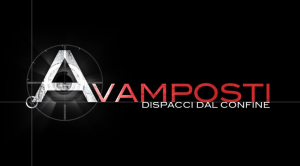 AVAMPOSTI are Carabinieri stations that are constantly between civil society and the extreme edge of social disintegration. In these places, marked by the inconveniences of the suburbs, but also by the deep-rooted presence of narcotics, the Carabinieri represent the only institution of the rule of law. They are entrusted with orders and functions that would be up to others: from the multiple, incessant daily activities, to large operations aimed at arrests and seizure of illicit substances.

We have identified some potential stations confined to territories that could present different types of civil decay, entirely governed by their own laws and codes, and with an economic system largely based on criminal activities. Each episode of AVAMPOSTI offers a completely innovative social and geopolitical representation, which is capable of shedding light into unknown and dangerous shadow areas. And it portrays, in the wake of the success of “Spaccio Capitale”, the eternal fight between Good and Evil, which has always captivated and fascinated humanity.

Ep.1: RIONE SANITÀ – On the Hunt for New Clans

We are in a neighborhood of mostly social housing, social exclusion, unemployment and Camorra culture.The Rione Sanità, in Naples, is one of the areas with the highest concentration of Camorra crimes, such as drugs, racketeering and smuggling. It is with these activities that the criminal organizations have divided up the territory.

The various clans, who have been at war for years for control over the area, have transformed every alley, with its low – houses remedied on the ground floors of the street – into many drug-dealing hotspots.

It is in this battle climate that the Stella Carabinieri Company lives every day, fighting a merciless war against criminal associations, the drug dealing and the counterfeit goods racket.

The Foggia area is by far the most violent area of ​​the country, with murders in the middle of the street, robberies in broad daylight in armored vehicles, violent gun battles with the police. The various clans that divide the area are equipped with weapons of war, including bazookas and machine guns, and short-range missiles: weapons recovered from the nearby former Yugoslavia, a market in great span as a crossroads of trade, and a survivor of long and bloody conflicts. . The total control of the workers is managed by family clans through a bloody and barbaric “caporalato” (illegal employment). Car theft, receiving stolen goods, drug dealing and requests for “protection money” to commercial businesses, and everything related to the offense, is not only practiced, but represents the core business of this area. Here we do not have a hegemonic mafia, but desperate and fierce jagged and divided groups, which include indigenous personalities, but also Albanian, Serbian, Montenegrin and Croats, who – through the office of arranged marriage – cohabit in a sort of connected extranational system with clans from countries beyond the Mediterranean.

Once upon a time there was the Roman mala, stories of knife and passatine and rustic duels chipping the cobblestones: fake codes of honor and handshaking agreements, more legend than reality, but in any case an attempt to impose rules that did not precipitate the horror anarchist.

Then, there came drugs. Easy money, transactional sex, the indispensable reassurance of having weapons, the bonds with those who transport, first Sicilian narcomafias, then the Camorra and finally the Calabrians of the ‘ndrine. It is an unhinged social fabric, money that goes around in pockets and hands, cars and motorcycles, watches and tattoos, restaurant activities that open from evening to morning, women and men exploited in the small shop, nomad camps that have risen to impenetrable enclaves, Sinti families settled in public houses, blood ties written at the bottom of verbal contracts, a Ponentino who makes threats, retaliation, revenge.

San Basilio is a neighborhood, from whose homes they throw sinks onto patrol cars. In the corners you can see the lookouts on their phones, promptly warning the drug dealer of the arrival of the police.

A neighborhood populated by a majority of honest people, mothers and fathers of families who wake up every morning to earn their living, held hostage by organized and unscrupulous criminal groups. Family clans that impose the law of violence in the streets of San Basilio.

A park of horrors. A community of marginalized people. Degradation, crime and drug addiction. And all this just a stone’s throw from Piazza Duomo.

Rogoredo is a neighborhood where a huge number of crimes are concentrated: thefts, scams, squatting and violence. But above all drugs, rivers of drugs.

This is the largest open drug-dealing hotspot: it is a grove around which addicts, drug dealers and nomad camps gravitate. In the sights of the Milan-Rogoredo Carabinieri there is the organization that manages the business of drug dealing in the woods.

Ep.5: THE CHILDREN OF THE ZEN IN PALERMO

The Zen in a dilapidated neighborhood lacking the most basic services, even the sewage system. In the last ten years, the Carabinieri arrived, finally bringing the presence of the state into a dangerous autarchic enclave.

The San Filippo Neri station has met with a situation of degradation and endemic poverty, from an economic, cultural and moral point of view. Groups of armed children riding mopeds and large motorcycles dominate. The Sicilian mafia has lost a large part of its national and even more international power: but, of course, in these desolate lands it governs and commands, decides which shop to open and which company to fail. It is a ragged mafia, divided into many clans that use up a stream of money coming from the daily sale of narcotic substances and other disgusting drugs, polluted by materials such as rat poison and chalk. These are neighborhoods populated like anthills, houses in which live people who are unknown to the registry office, micro-economies stimulated by wretched trades. 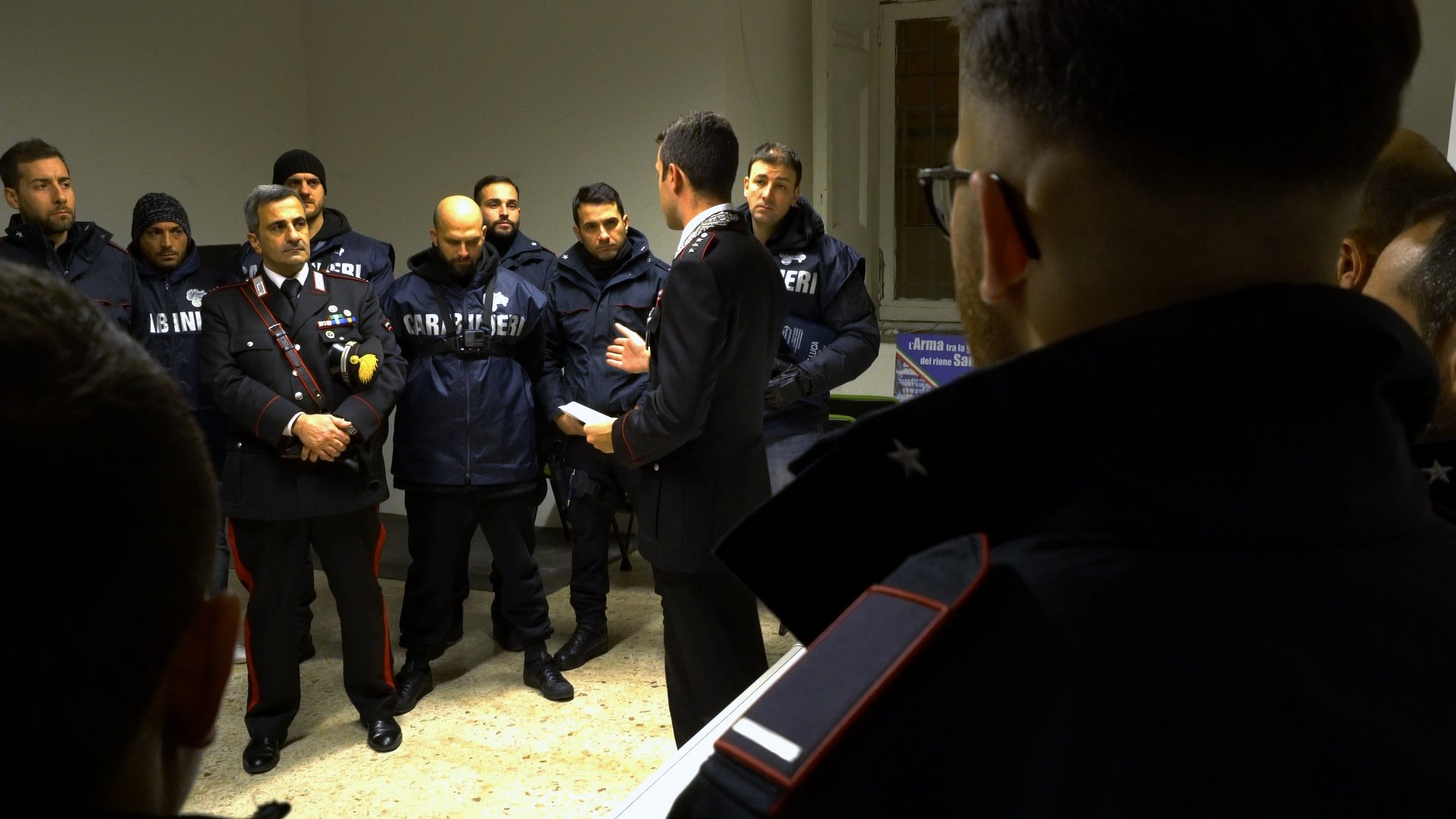 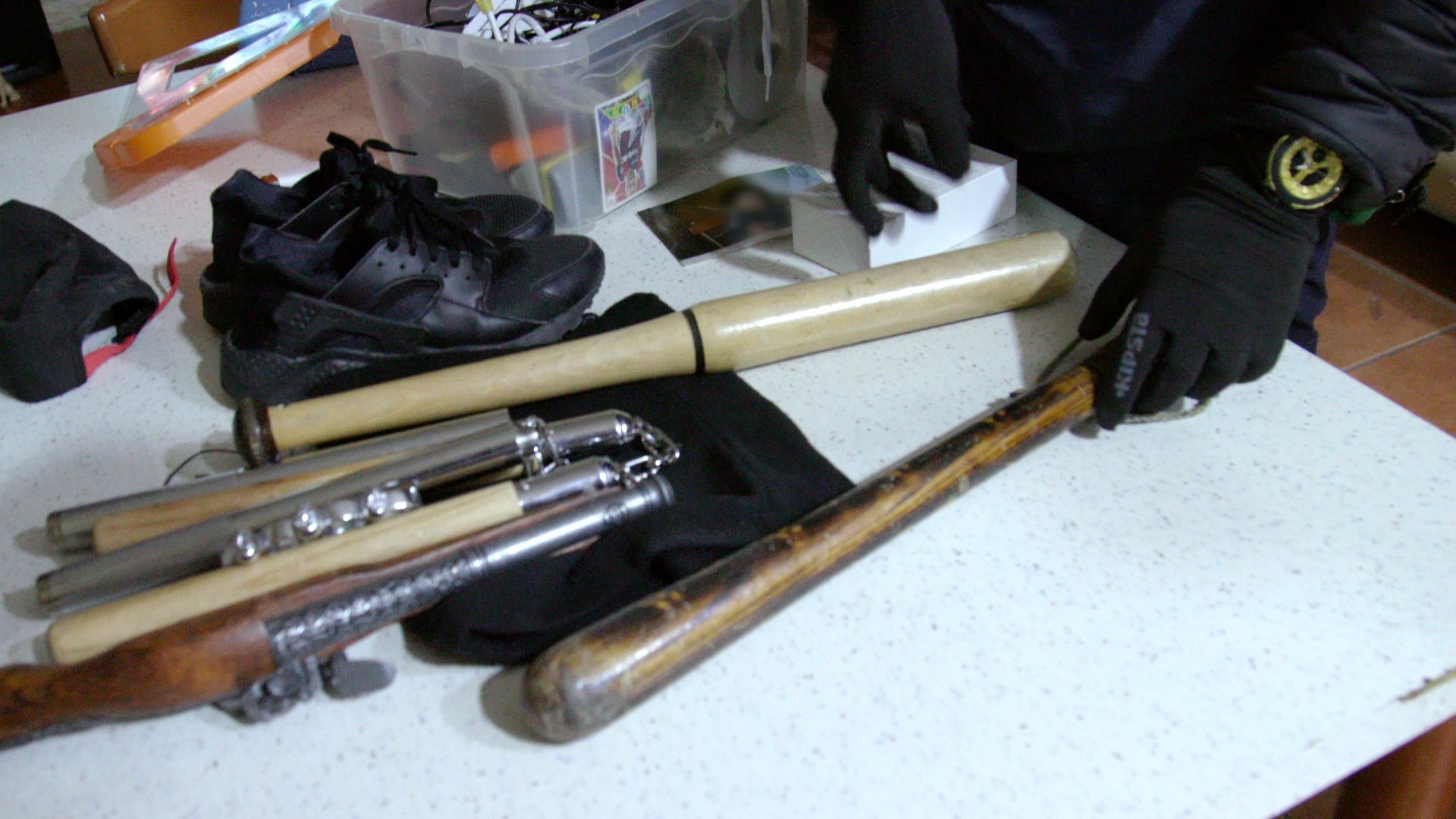 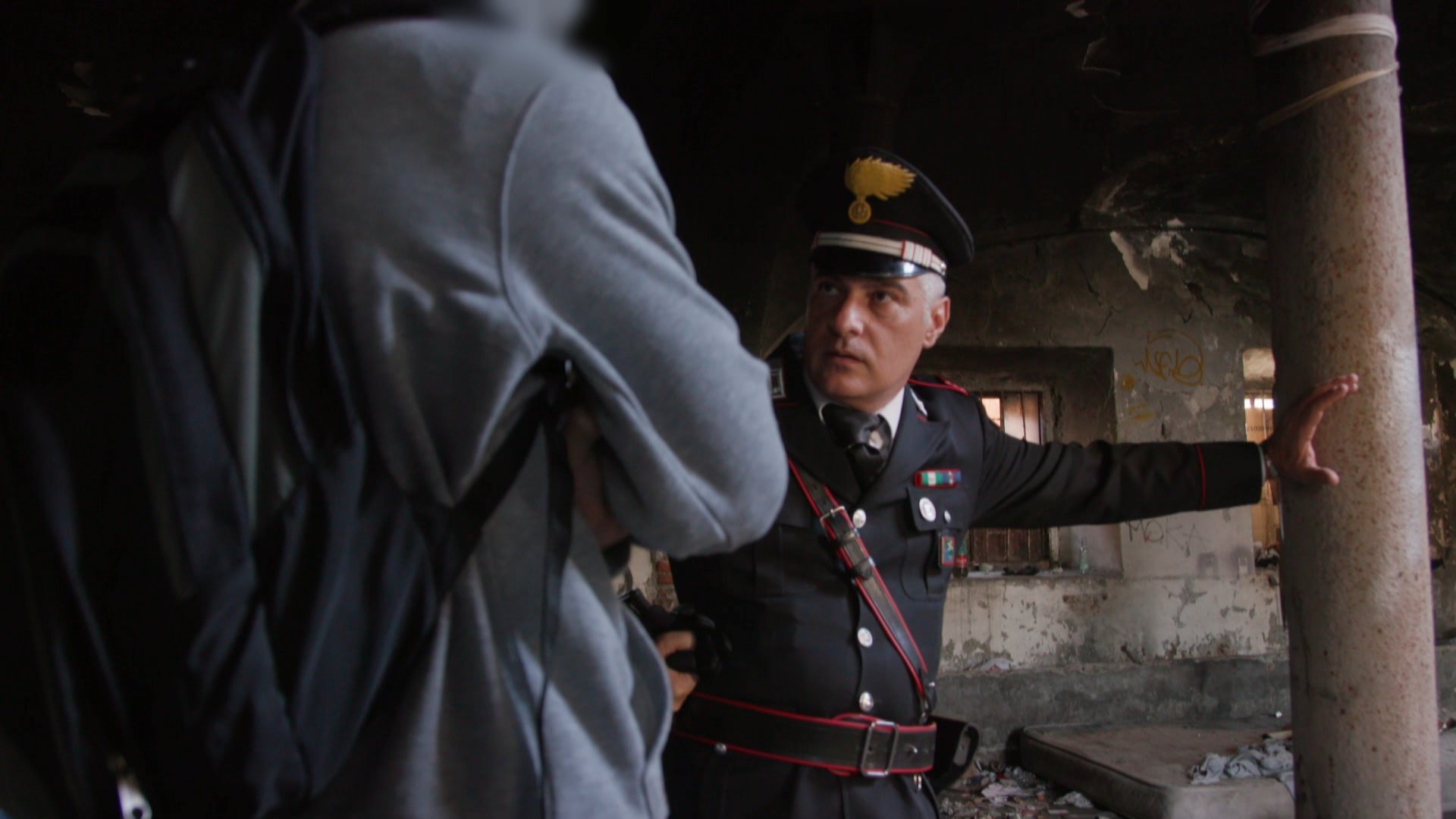 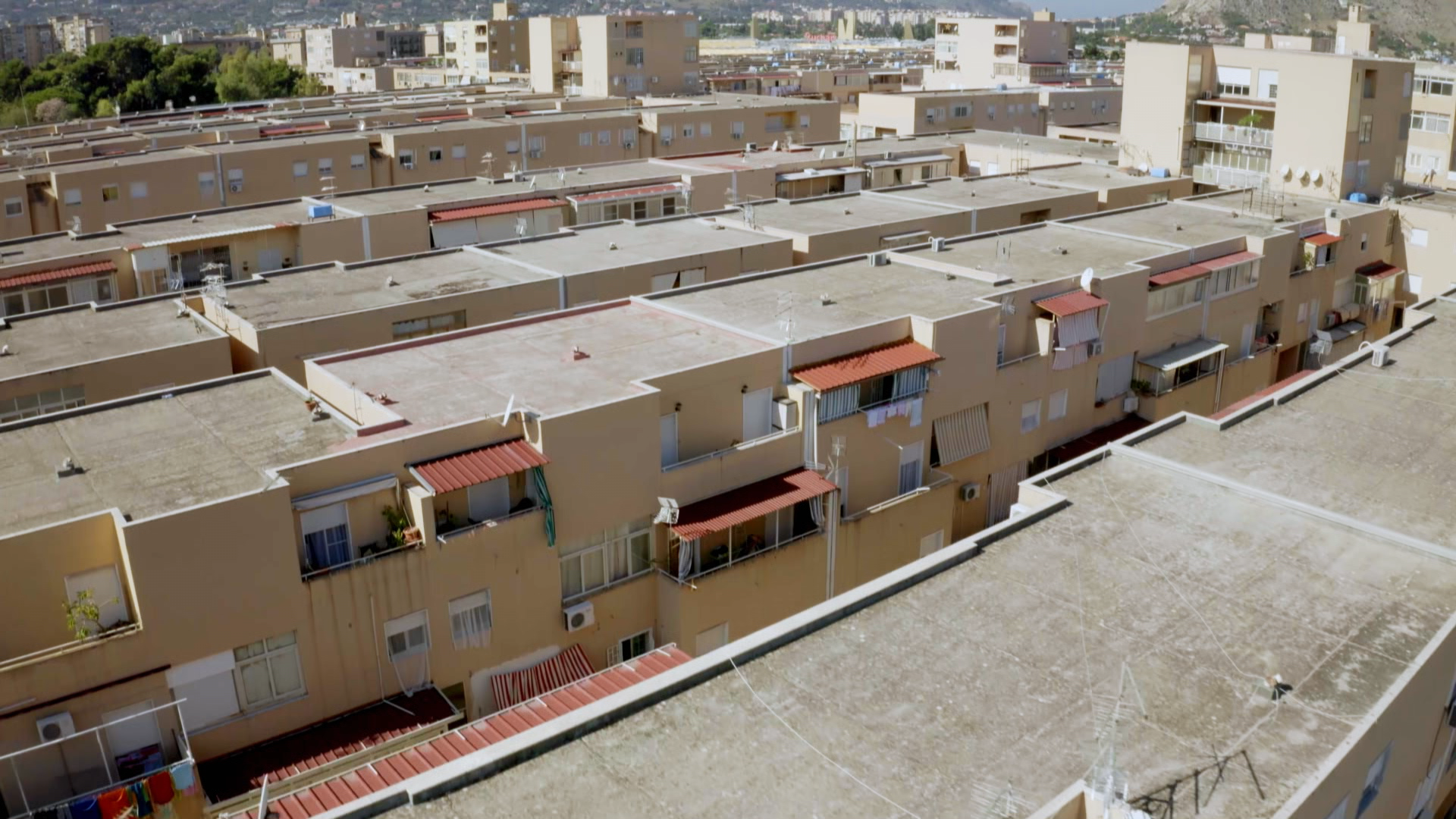 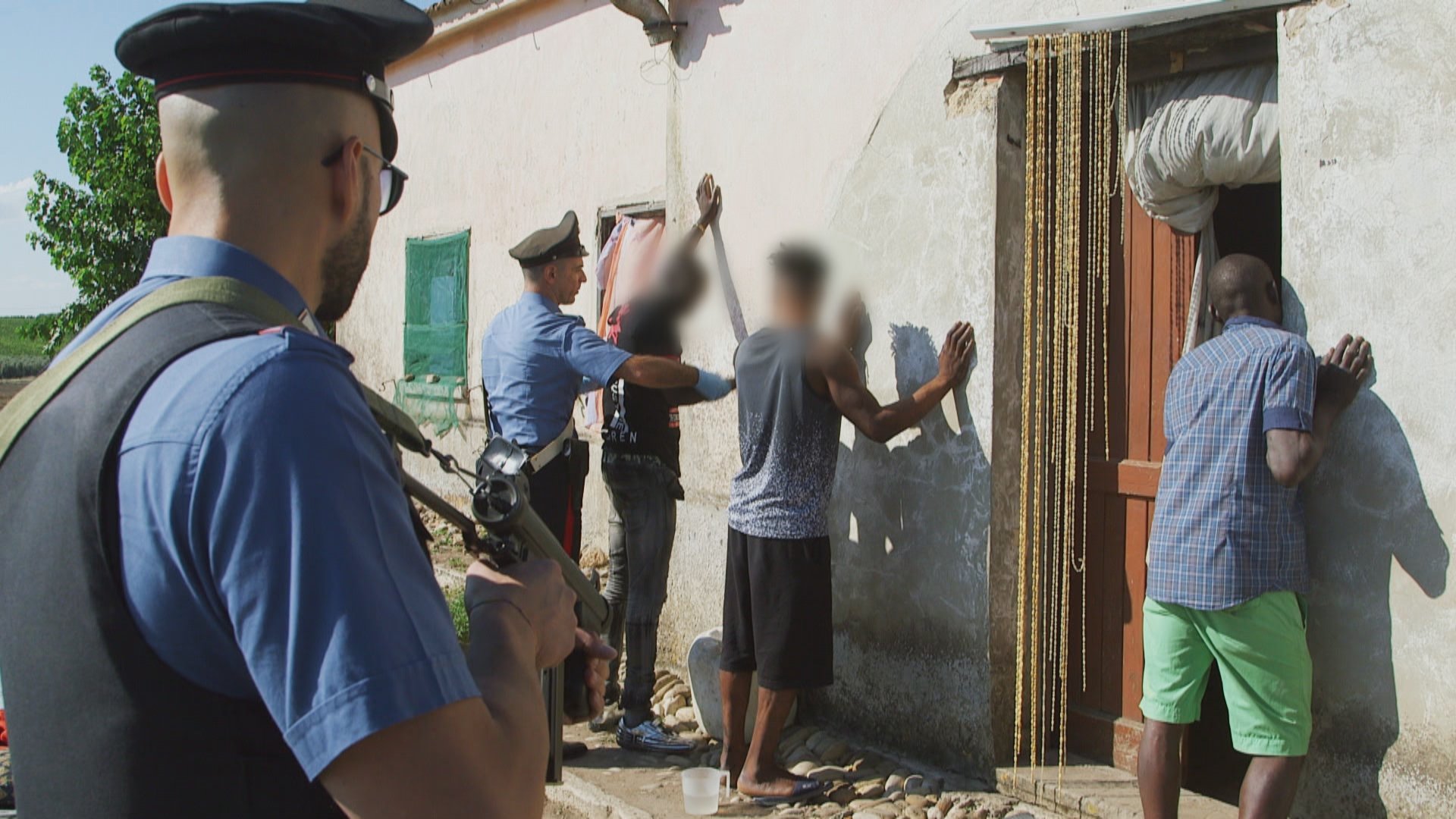 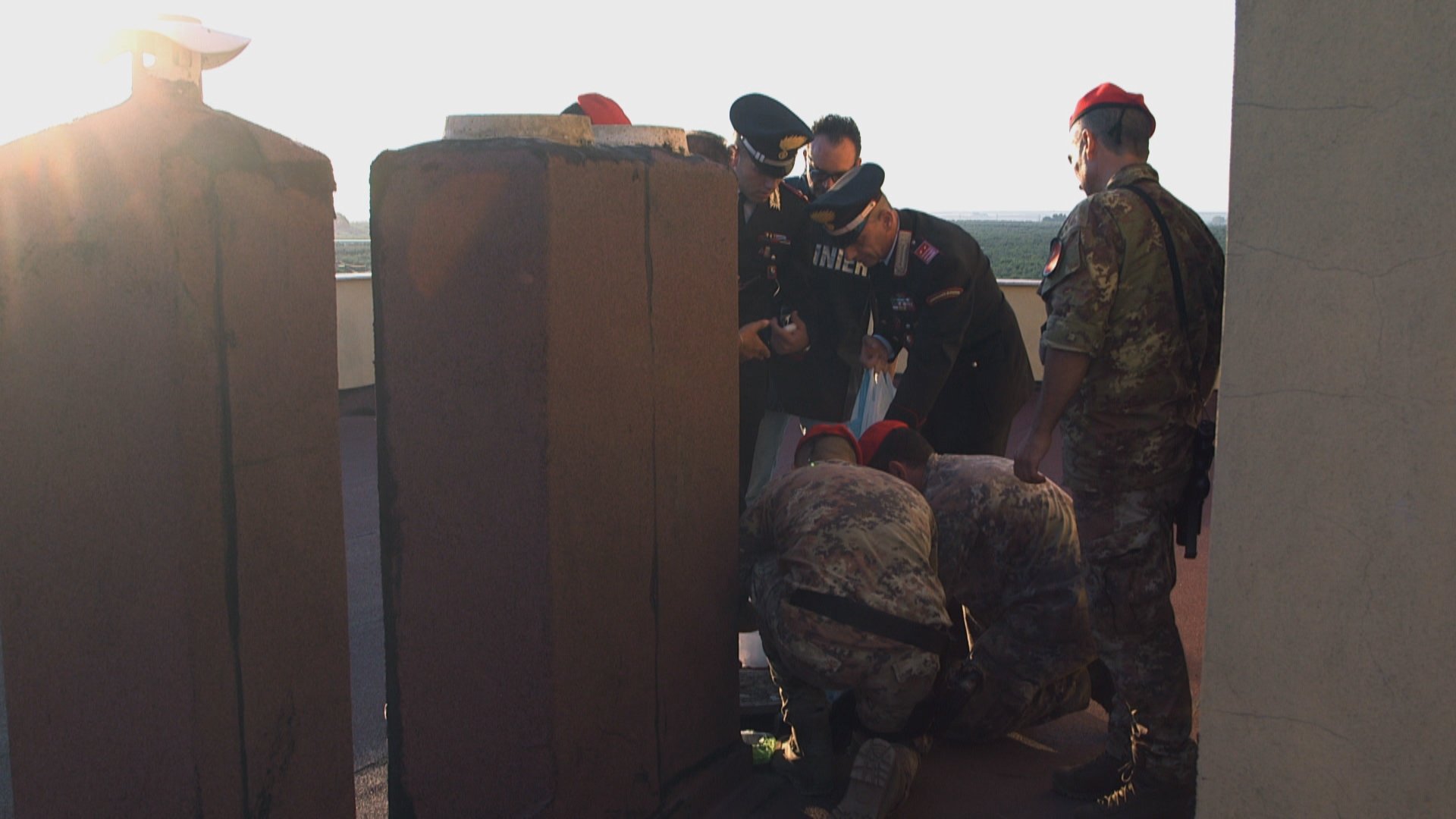 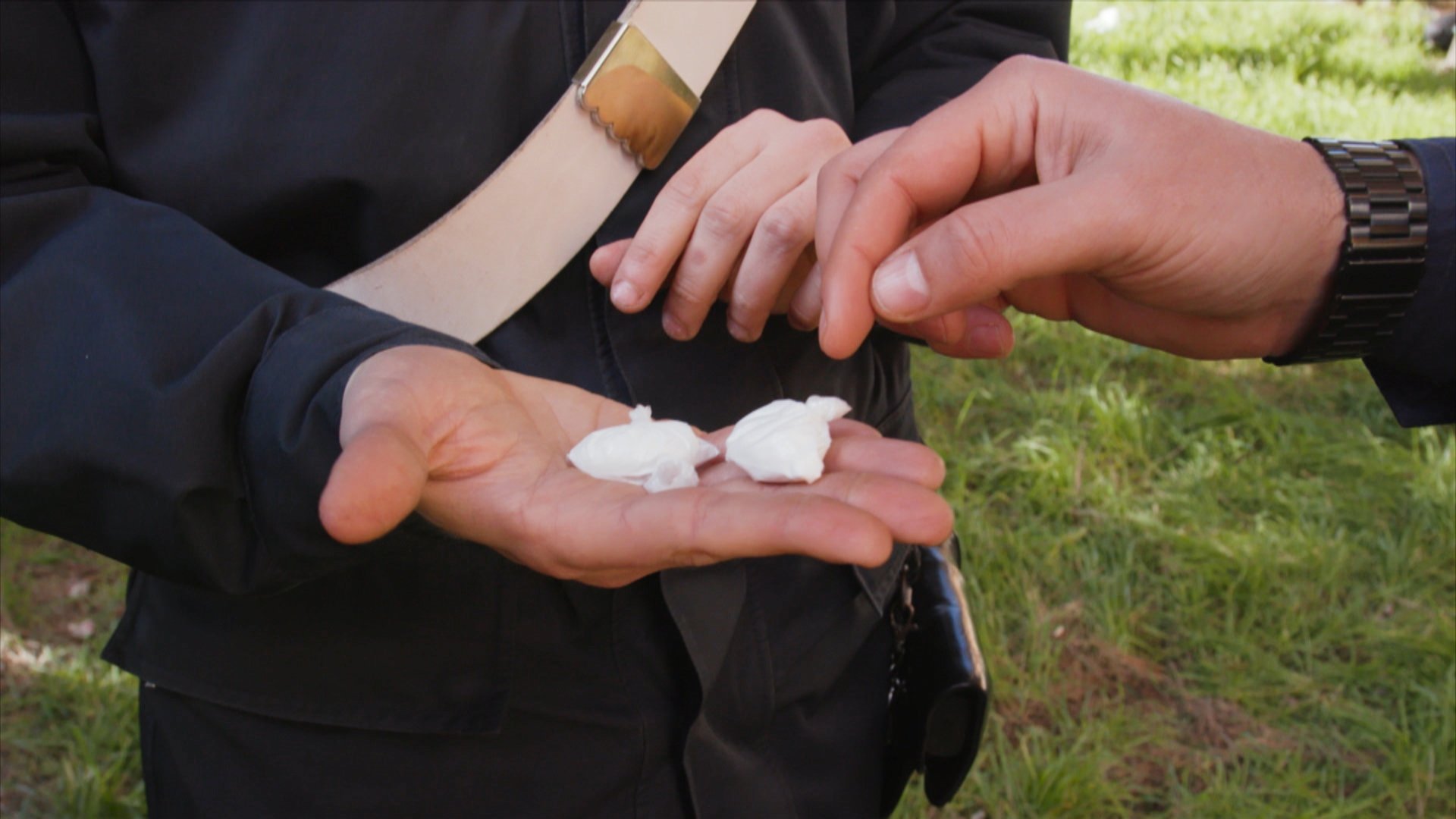 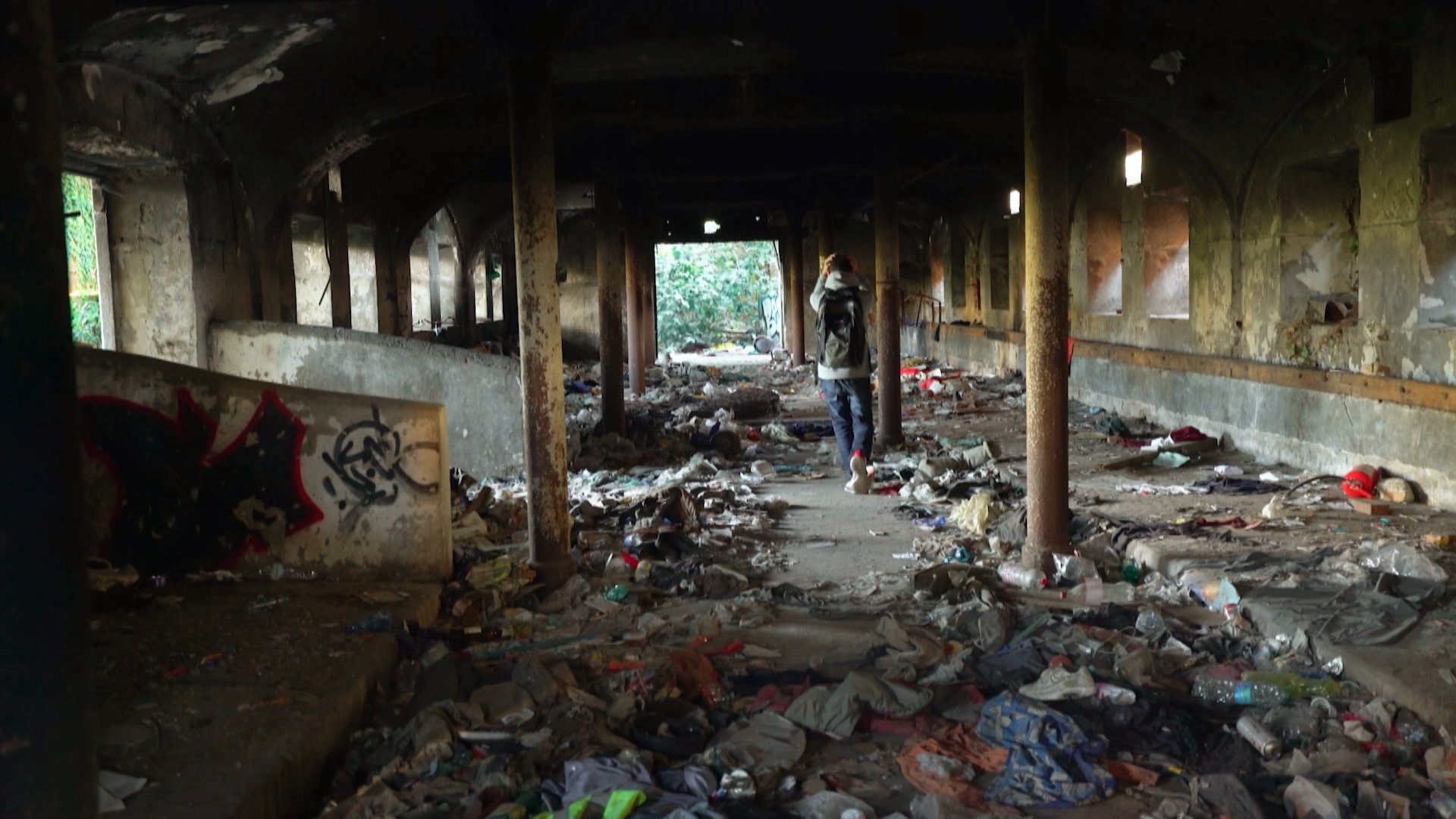 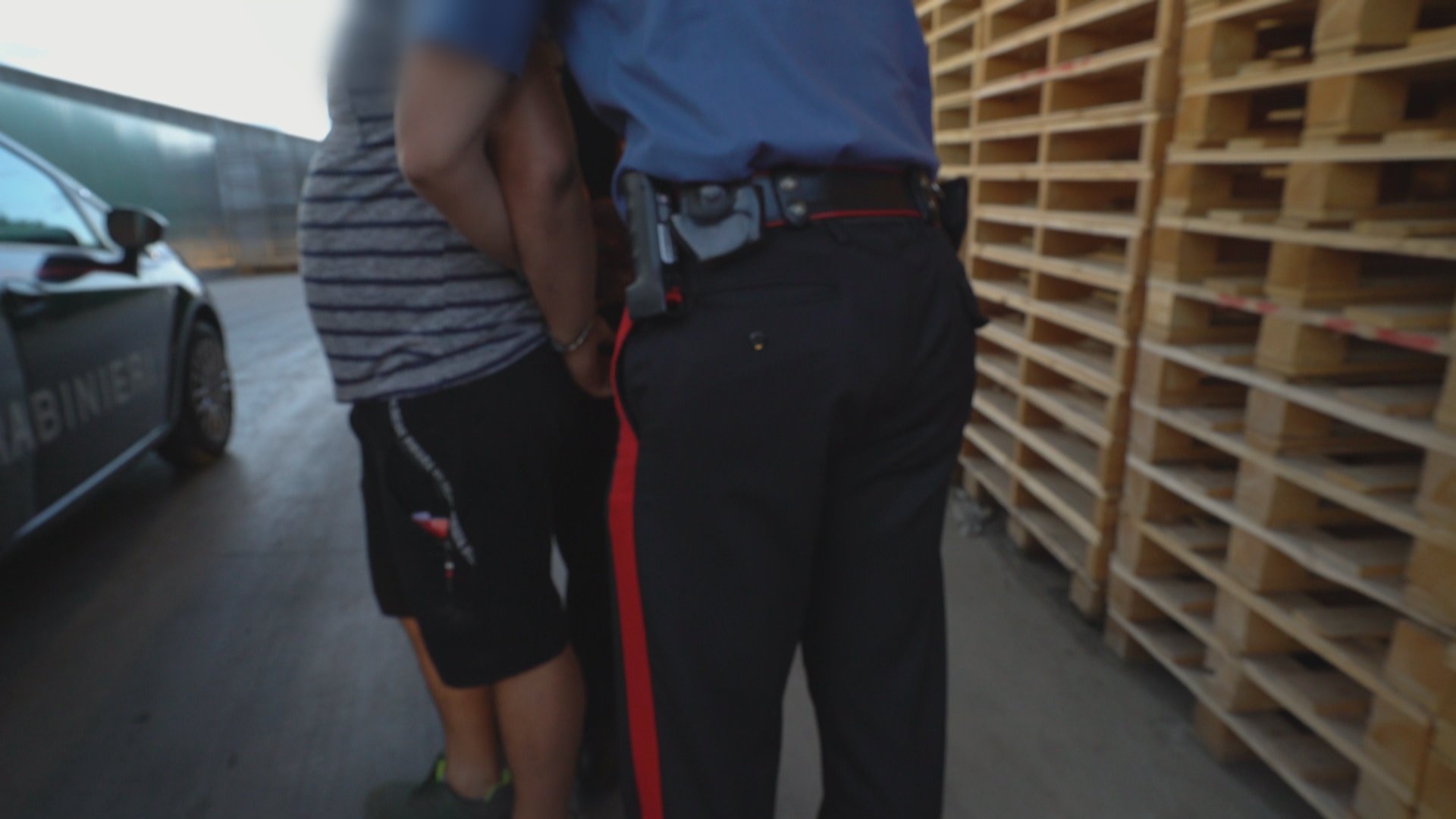 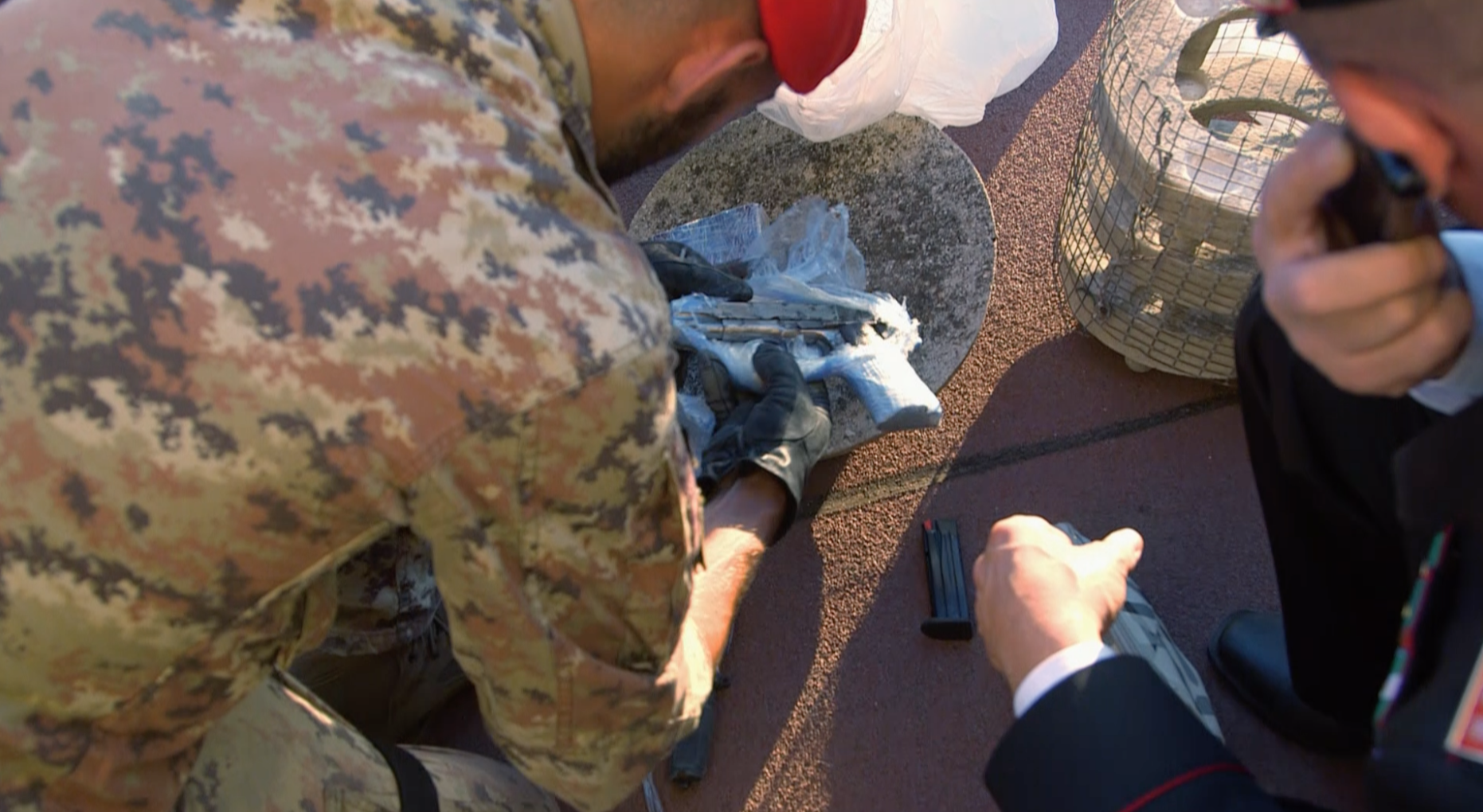 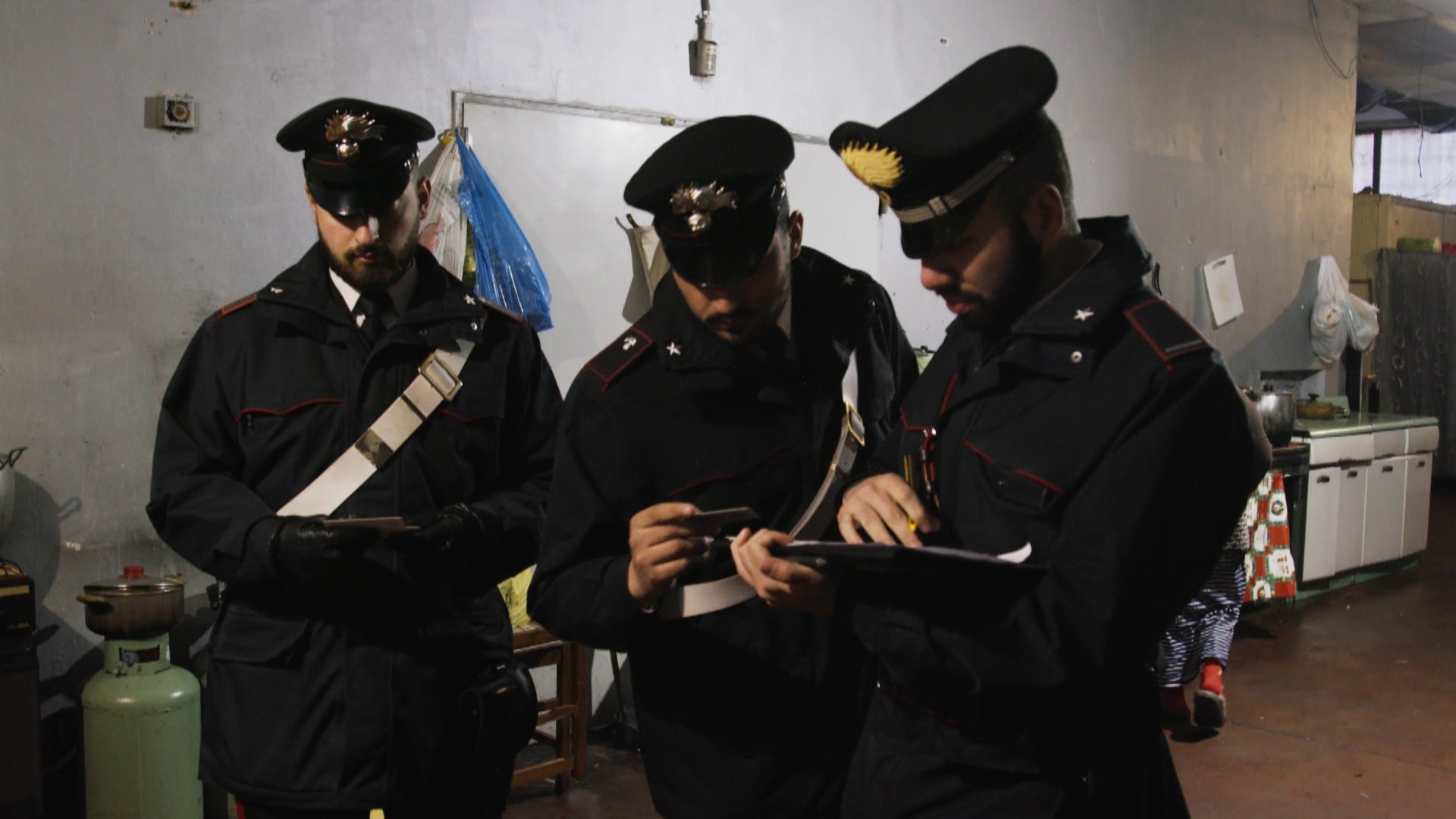 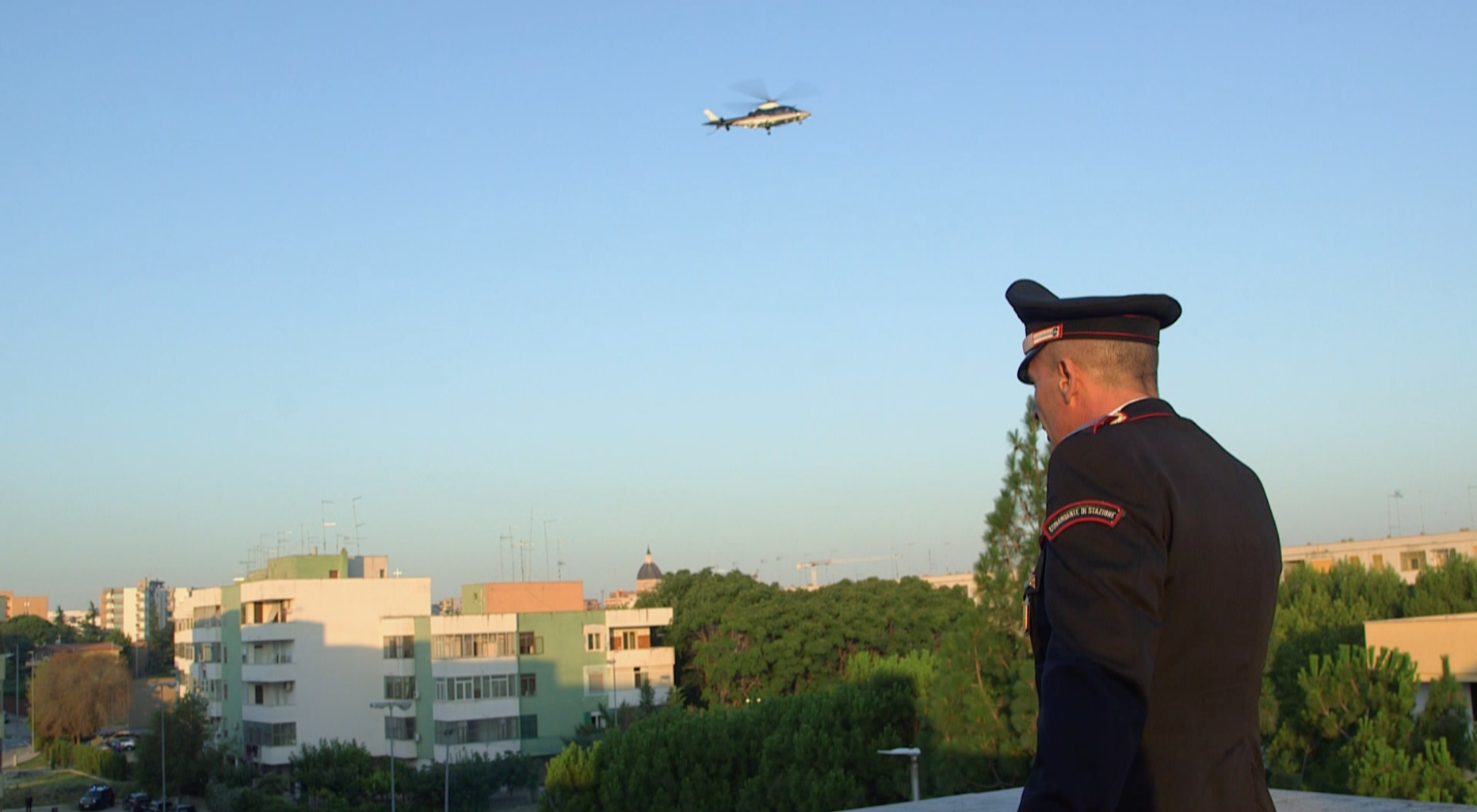 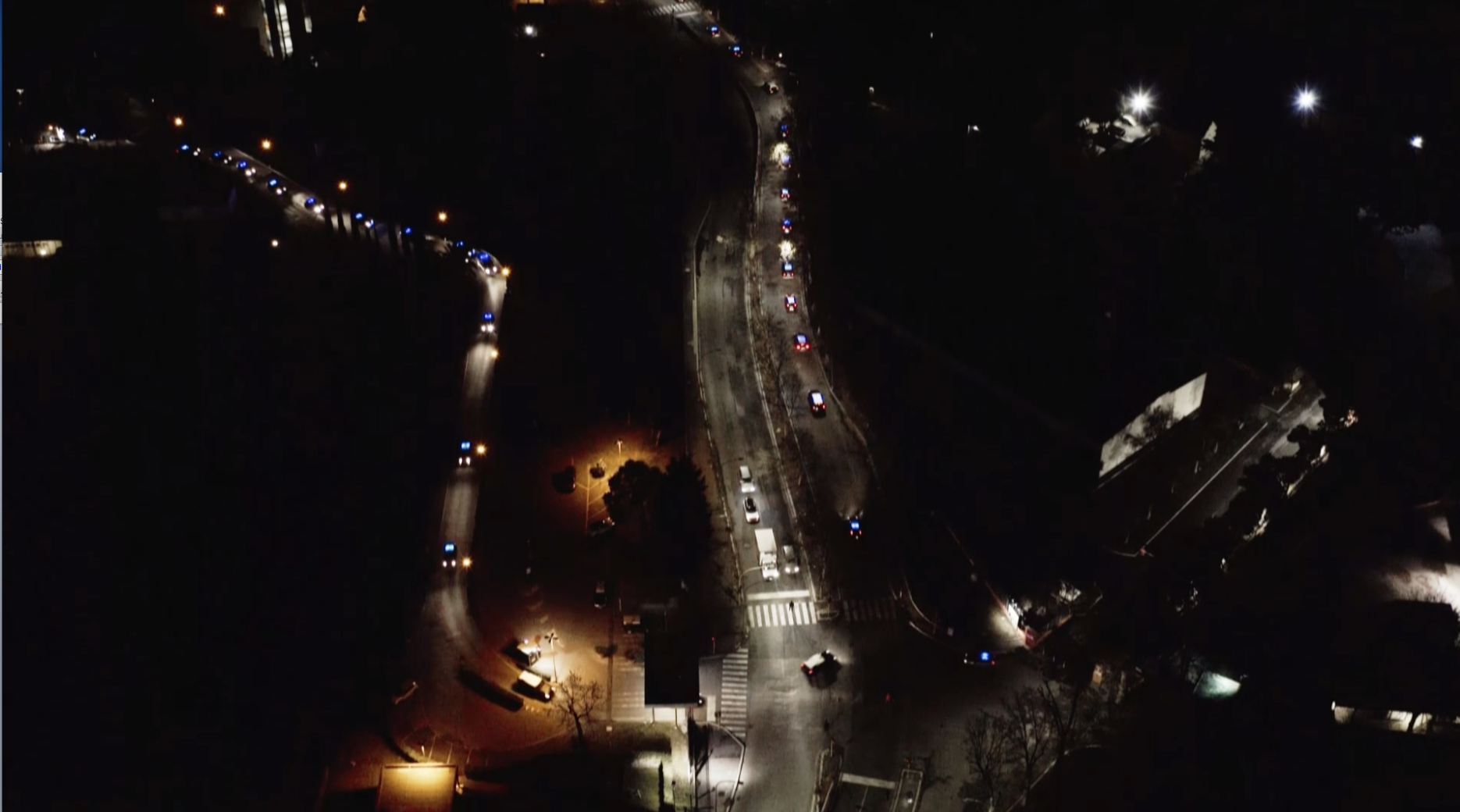 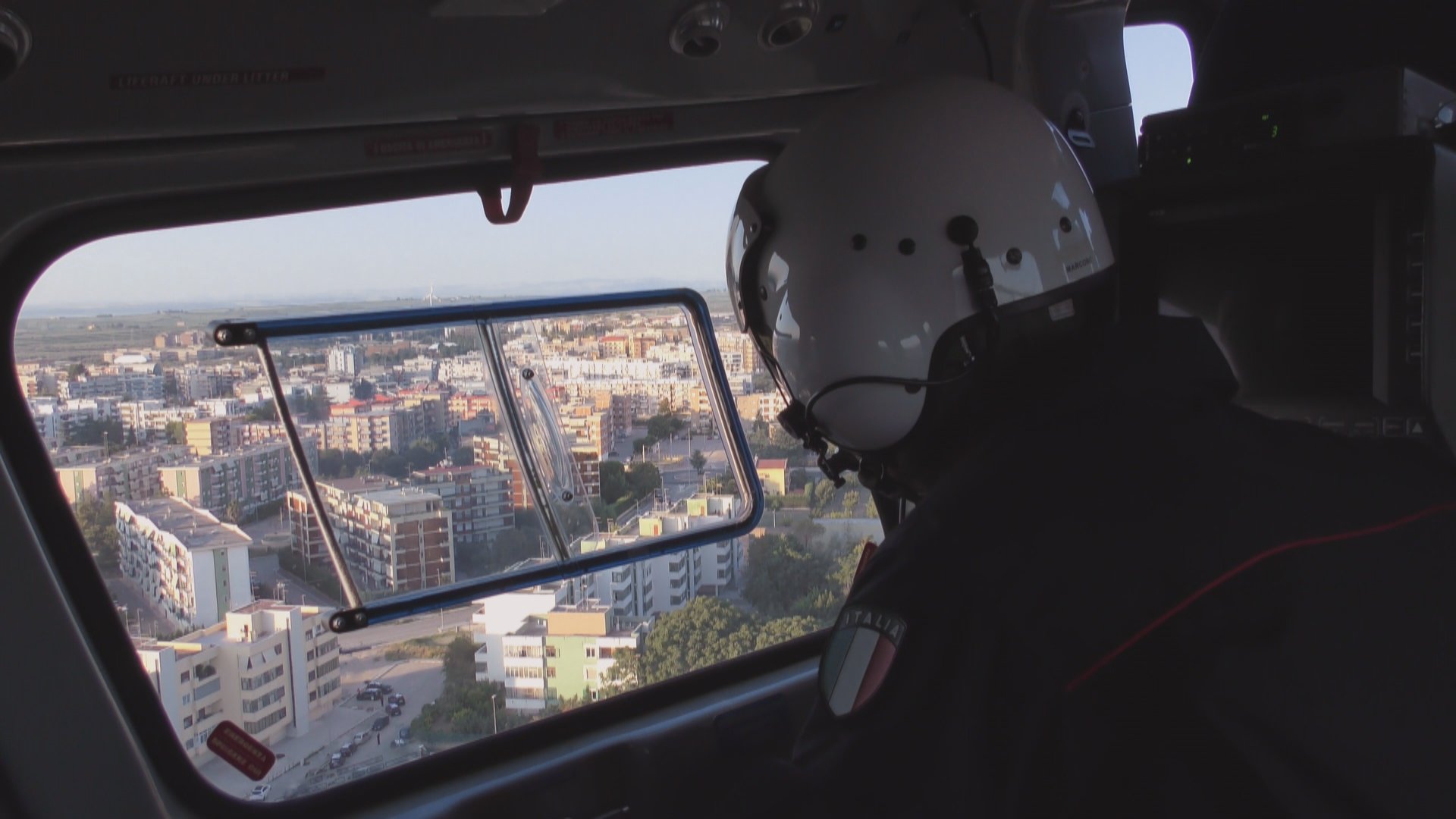 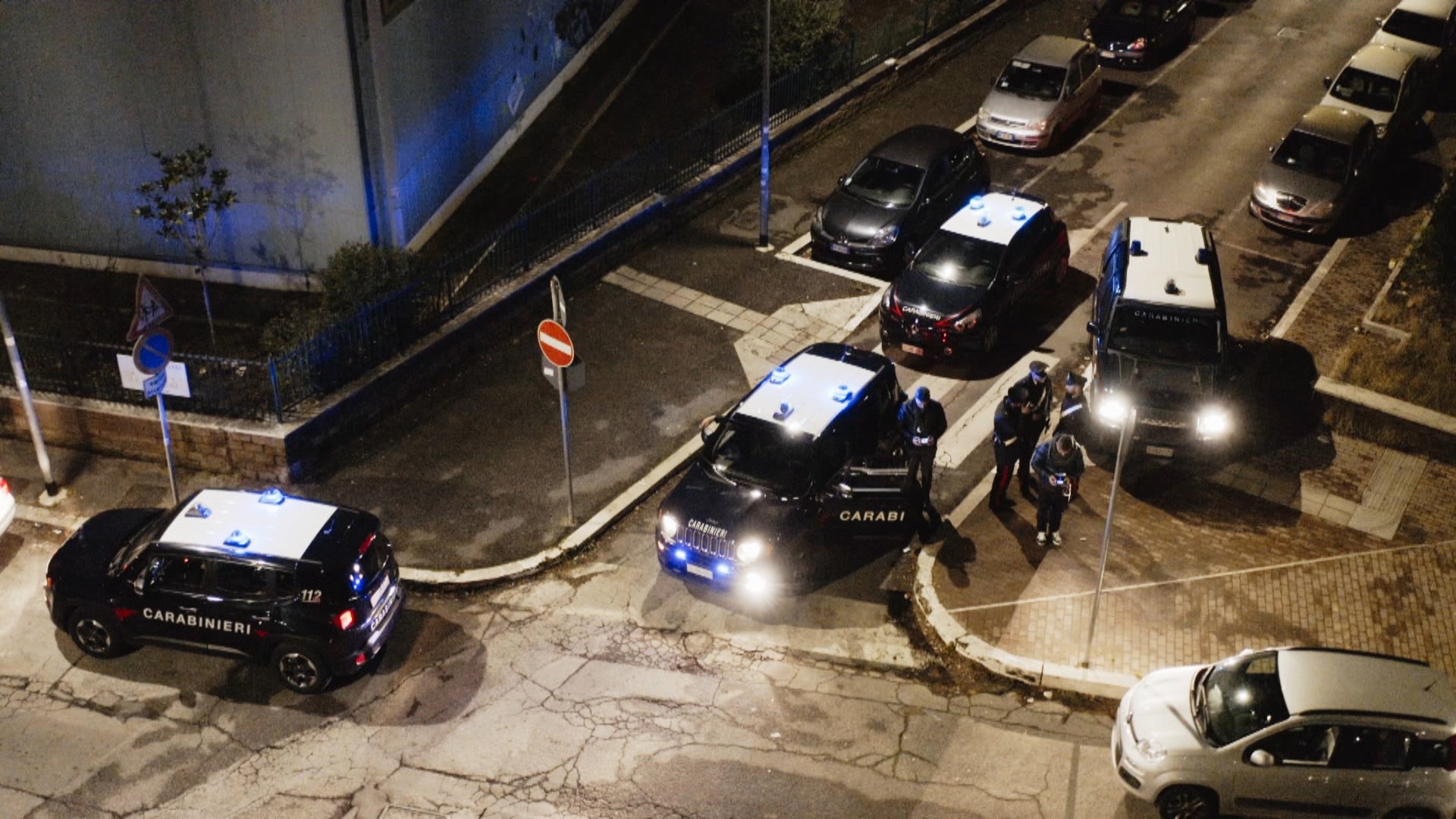 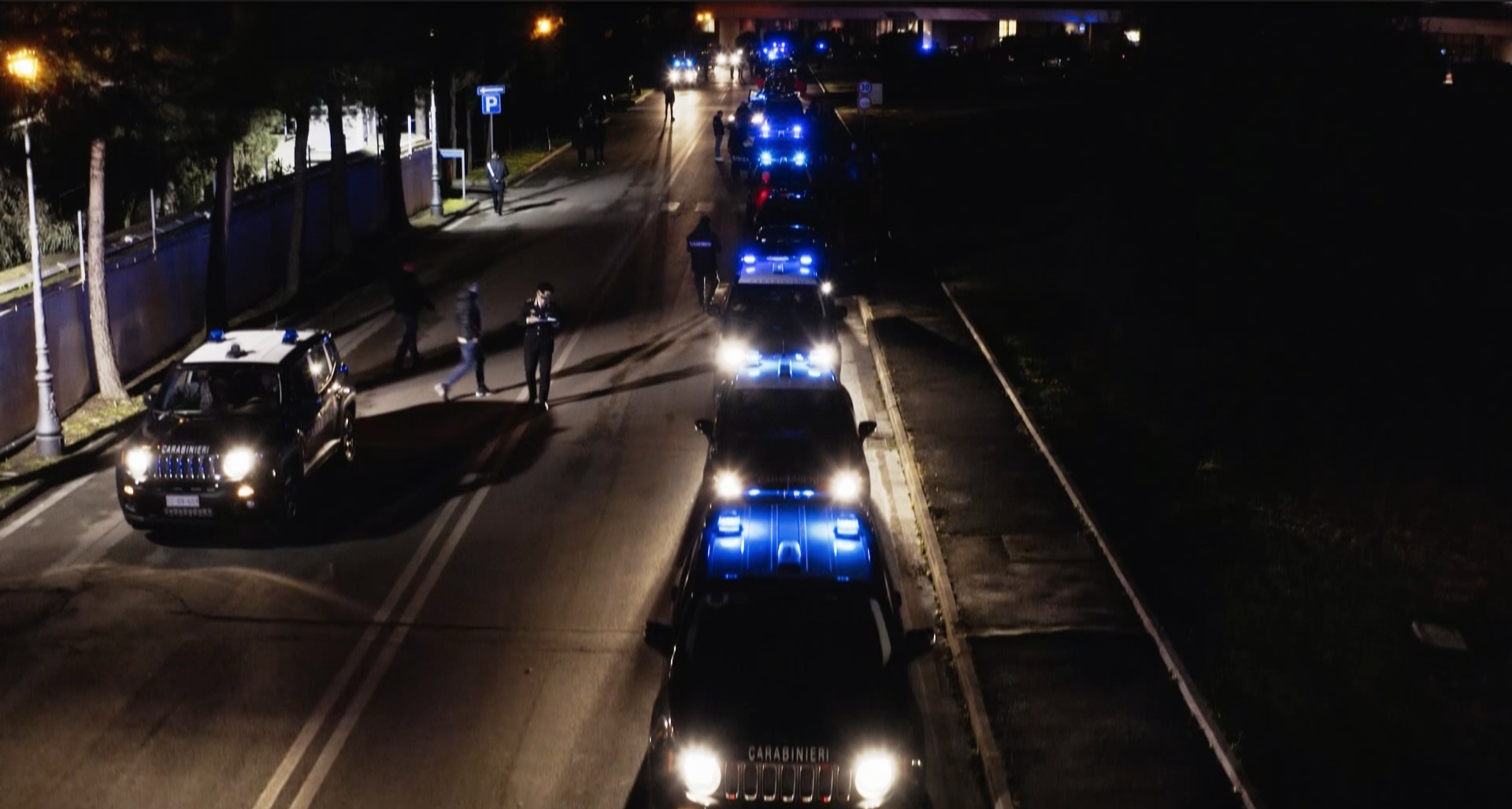 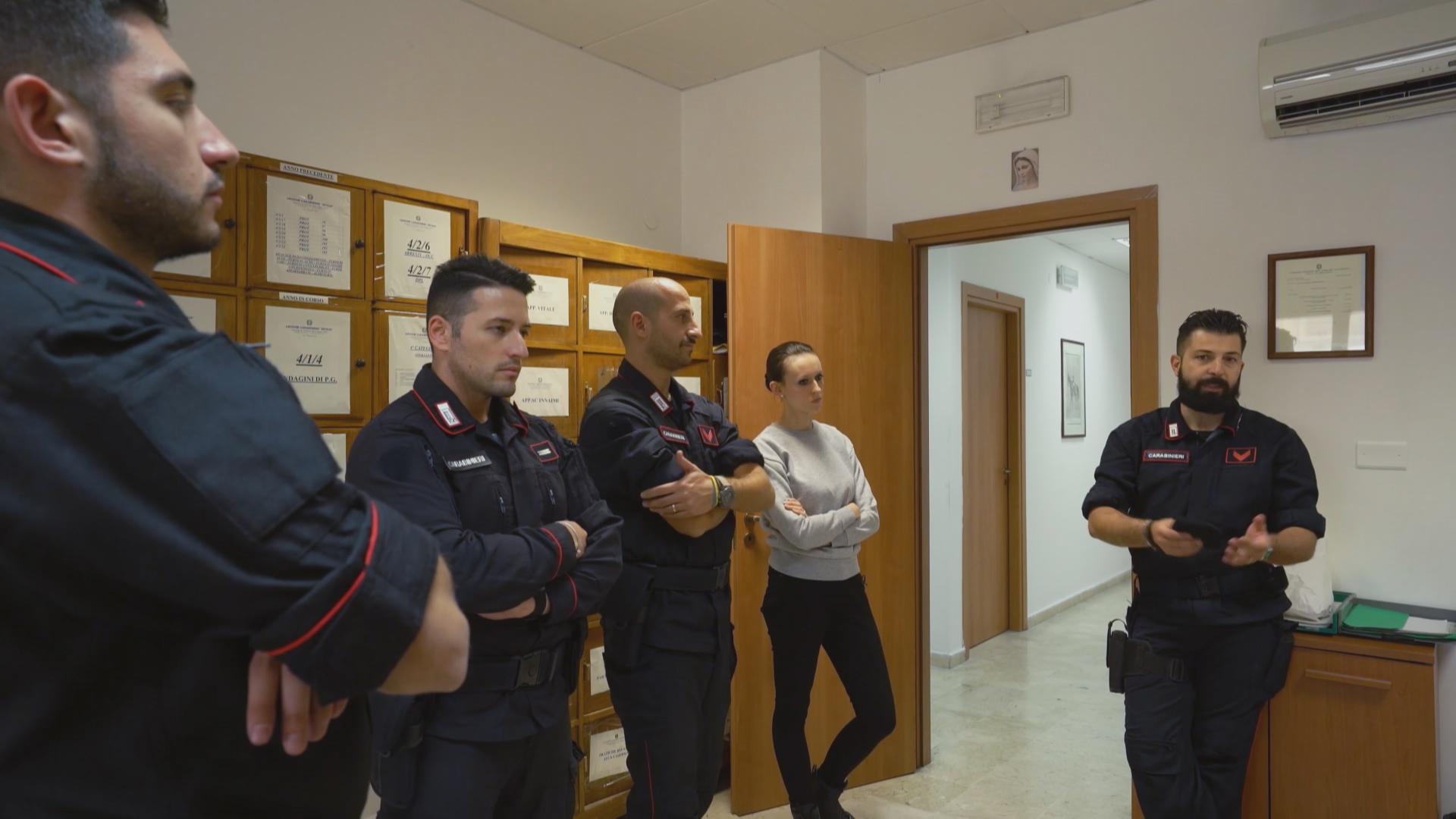 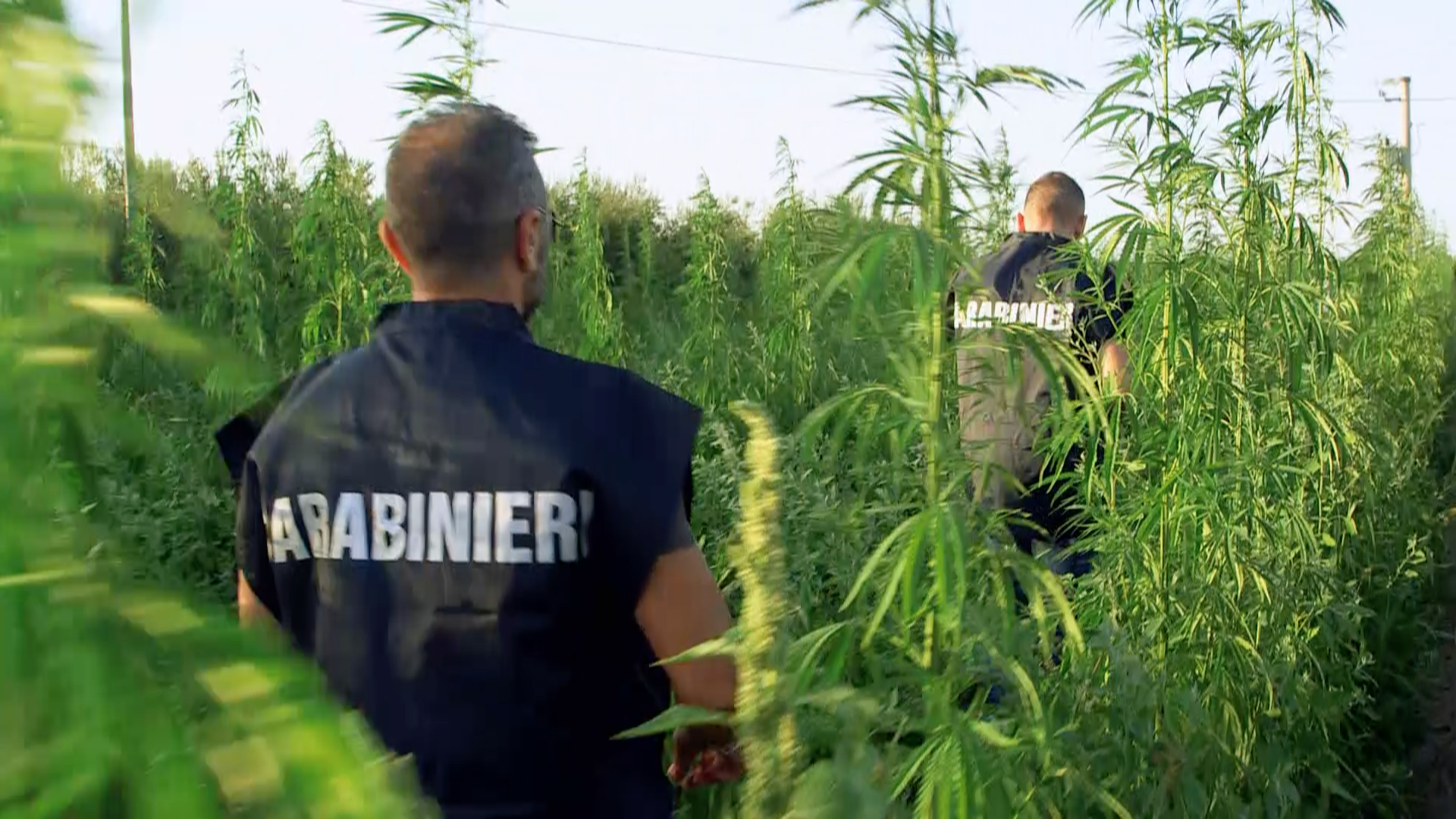 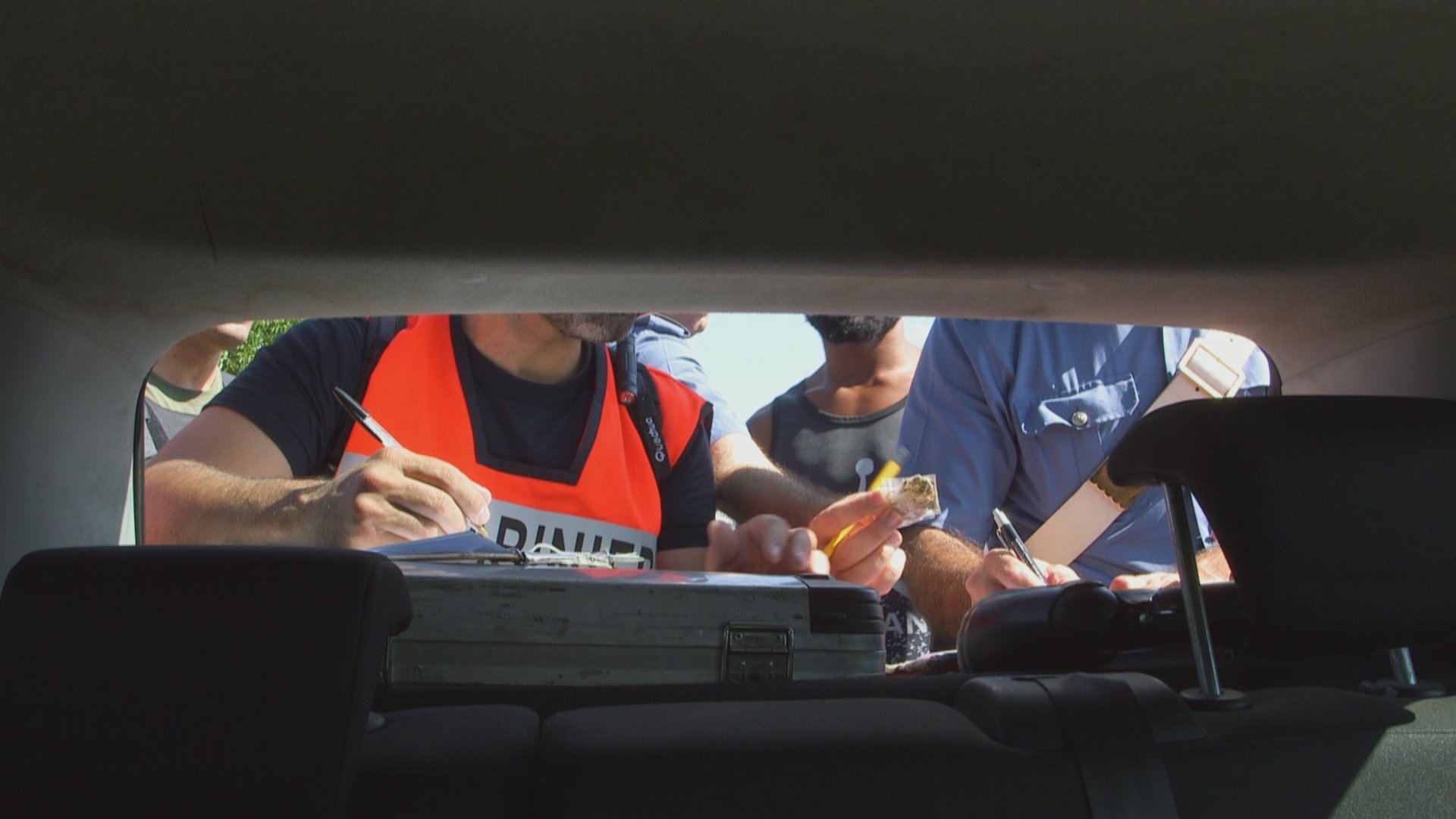 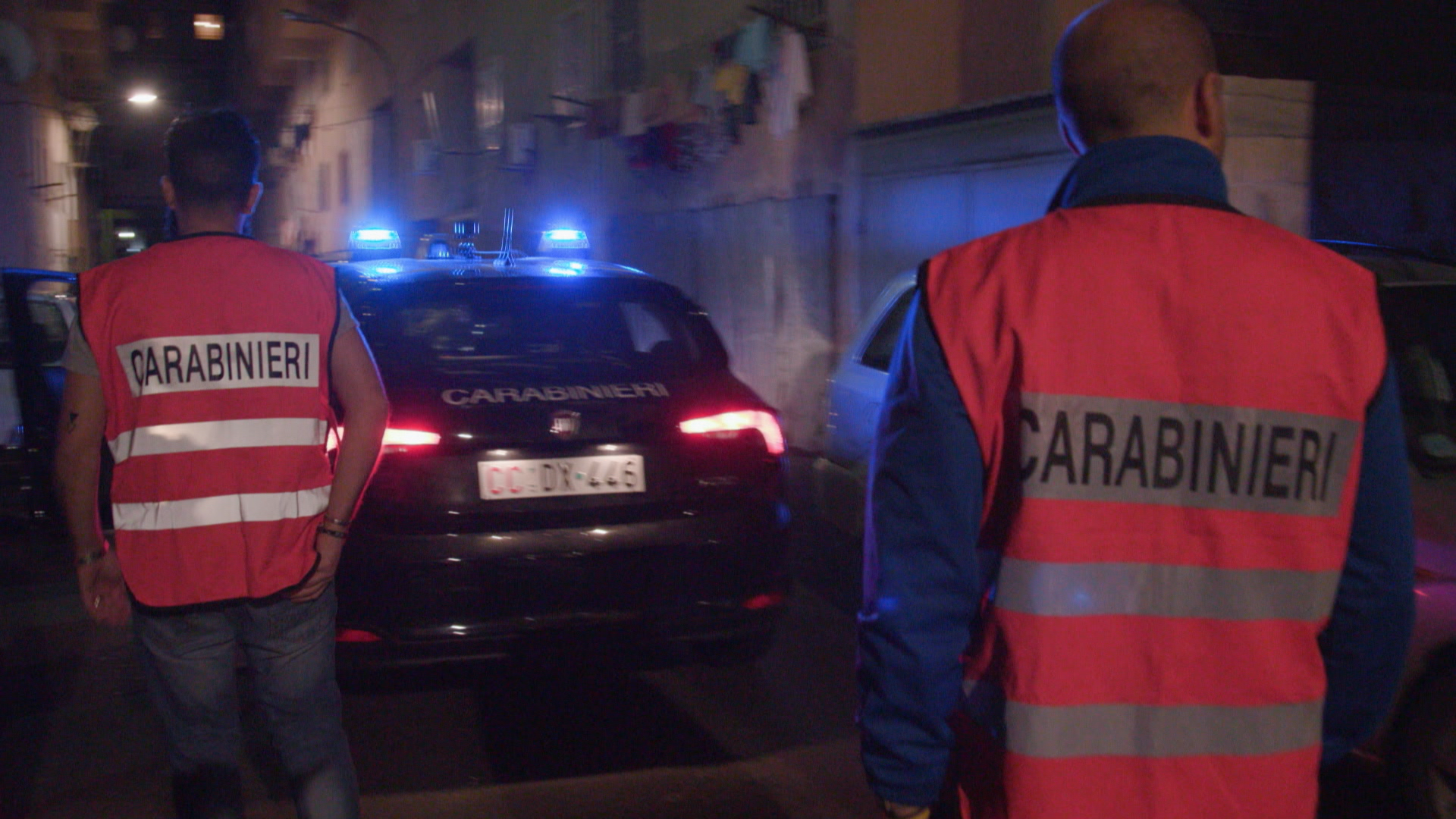 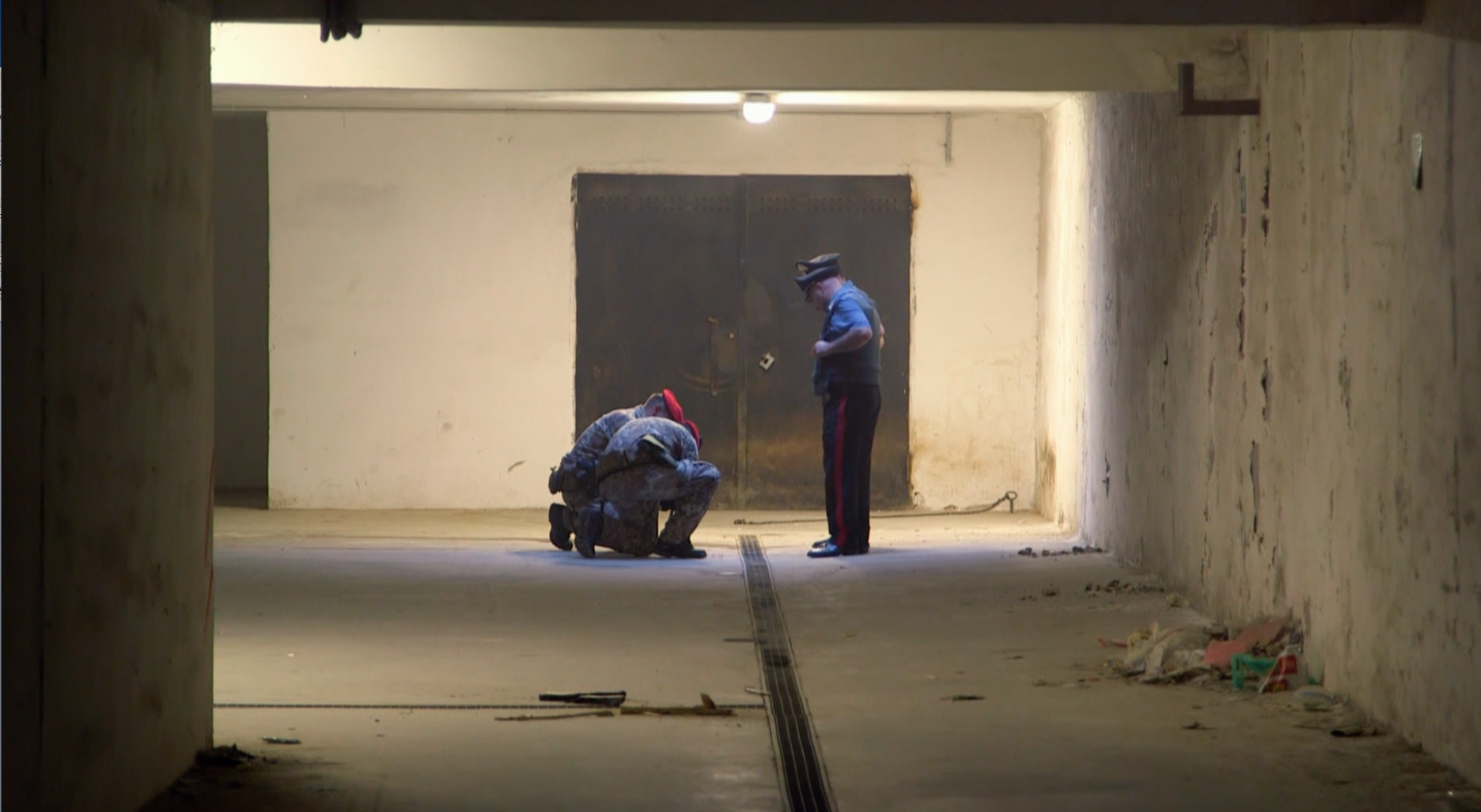 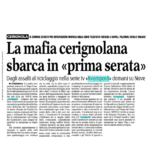 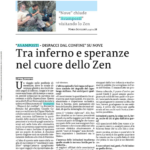 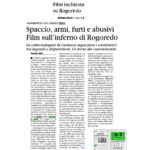 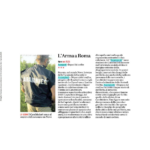 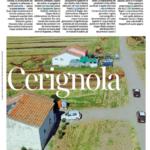 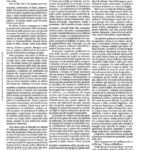 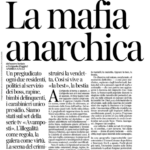