Amatrice is a symbol of the way art is protected and reinvented to rebuild communities, memory and social cohesion. 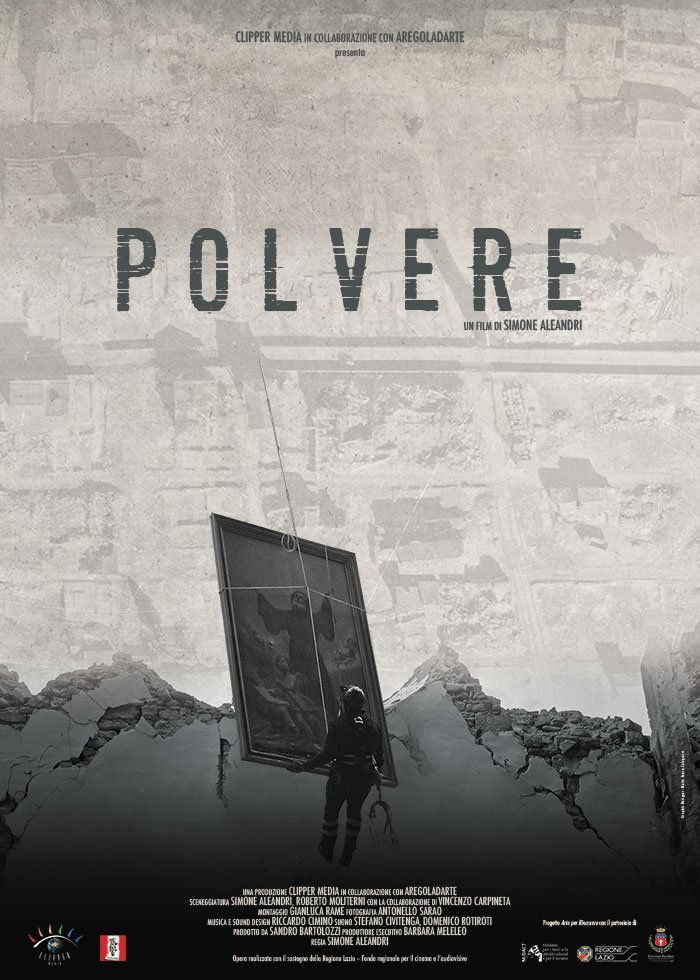 Since 2002 Amatrice has had a museum, dedicated to the Renaissance painter Cola Filotesio, where valuable works of art were collected. On the night of August 24th 2016 the Museum collapsed due to the earthquake, just like the rest of the historic town. Its director, Floriana Svizzeretto, was killed from the rubble.

This documentary illustrates the recovery process of some works of art in Amatrice after the earthquake, as well as telling the stories of the people who, after Floriana, took care of them. Don Luigi, a thin but energetic 88-year-old mountain priest, was commissioned by the curia to supervise the state of things. Luciana, who helps him on this mission, has recovered the furnishings from the churches while it was still unsafe to do so. Vito has lost his antique shop but continues to restore statues. Cico, a young sculptor, teaches the children of Amatrice to express trauma through art. Brunella, one of Floriana‘s best friends (they planned the Museum together), now works for the Townhall and every time she enters the ‘red zone’ she comes to terms with her own memories. Thus, Amatrice becomes a symbol of the way art is protected and reinvented to rebuild communities, memory and social cohesion.

In the summer 2016, central Italy was hit by a strong earthquake, followed by an equally devastating swarm. Just like many people, I was deeply moved and experienced this event with great empathy towards the victims.

Three years down the line, when Amatrice was not the focus of public discussion anymore, I came across the story of Floriana Svizzeretto. I learned about the amazing job that she carried out for the ‘Cola Filotesio’ local museum, which was directed by her and destroyed during the earthquake. A few citizens, often voluntarily, were trying to recover the works that were part of the museum as well as others in the surrounding area. Floriana – who lost her life under the rubble of her house on the night of August 24th – and her work, were a symbol for the community.

The idea of Polvere was to create a documentary about how the people of Amatrice, three years after the earthquake, were reacting to that disaster, through the recovery of historical memory, which is crucial for the survival of a community.

During the months immediately following the earthquake, I had seen so many reports of the situation in Amatrice, that led me to believe that I was going to be somewhat ready for what I would face. Instead, the emotional impact of walking through Corso Umberto I, namely the disemboweled heart of the city, was great and unforgettable: I felt discouragement and giddiness, which I wanted to portray as best as I could in the bidimensionality of the cinematic image.

While I was getting closer to those places, I was made aware of the palpable disheartening condition of suspension that the inhabitants of Amatrice still experience after so many years.

That is why, black-and-white seemed the most adequate way to portray this alienation and the human condition that these people are in, abstracting it from the distinctiveness of the location and showing it in its universality.

In order for a community that experienced such a dramatic event to rise again, it needs to find safety in its identity. As one of the protagonists of the docu-film repeatedly affirms: “woe to those who save himself alone, we must save each other”. There is no community without unity. 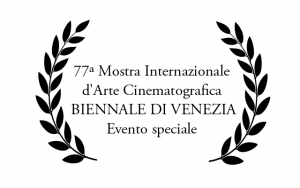 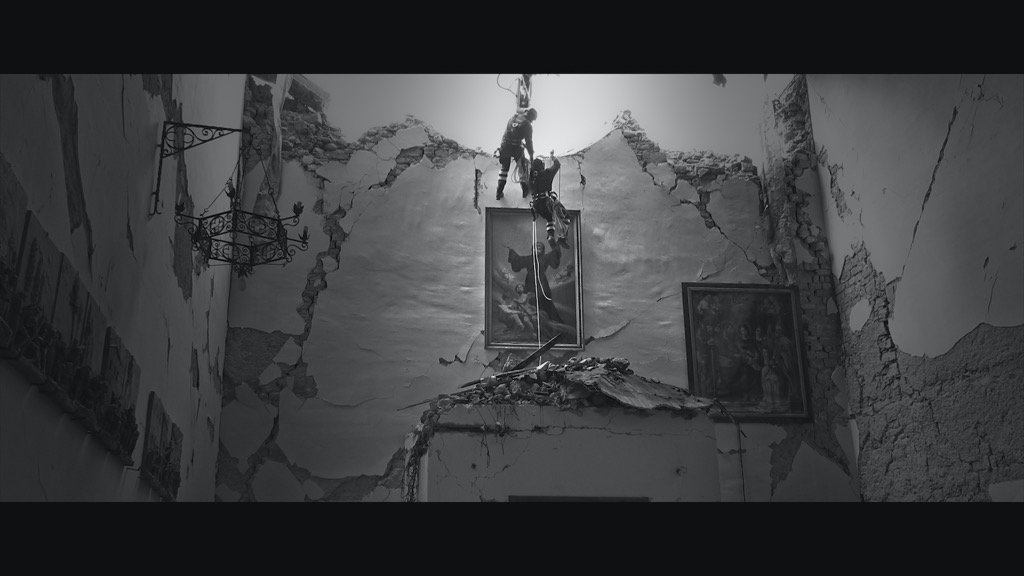 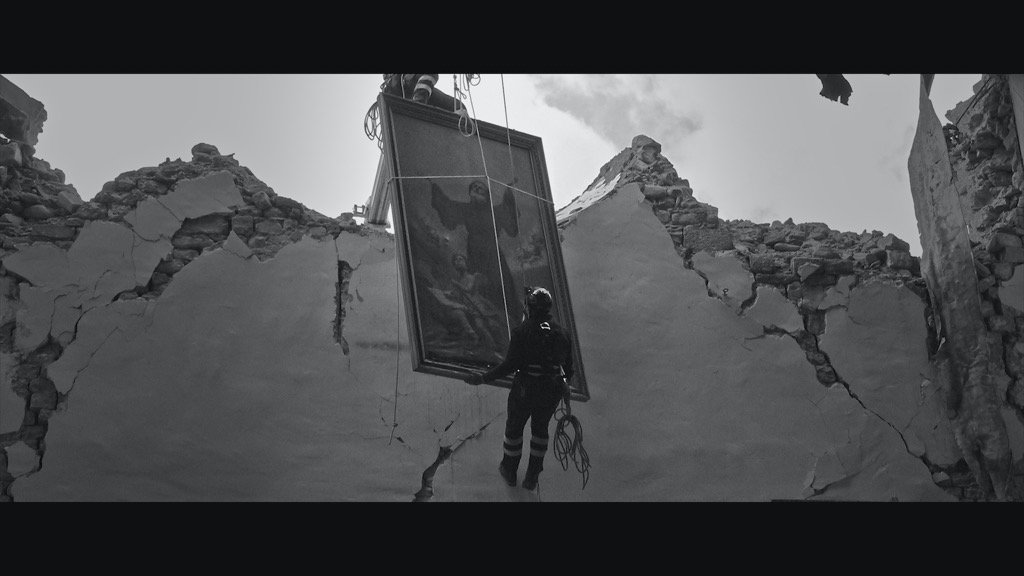 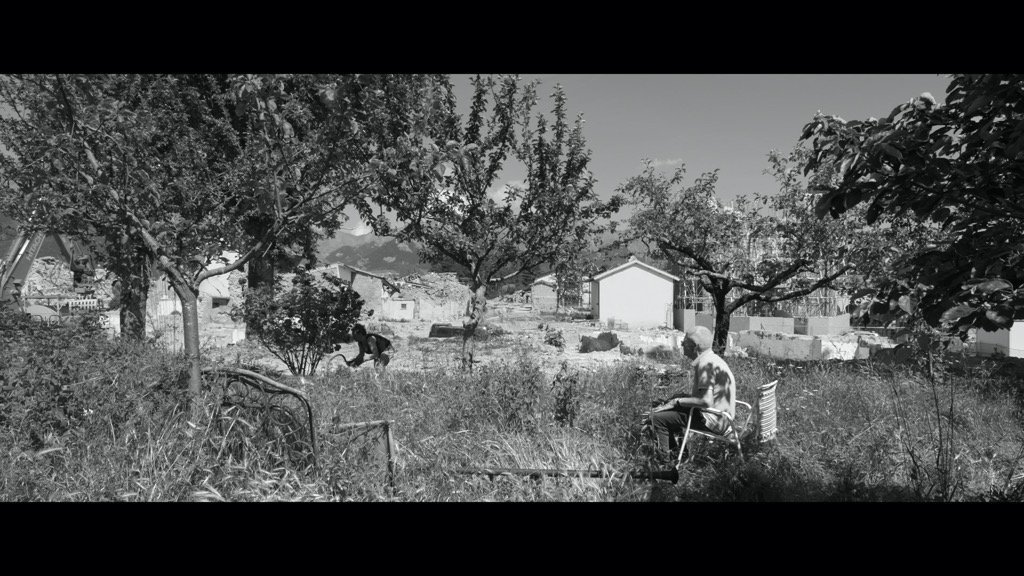 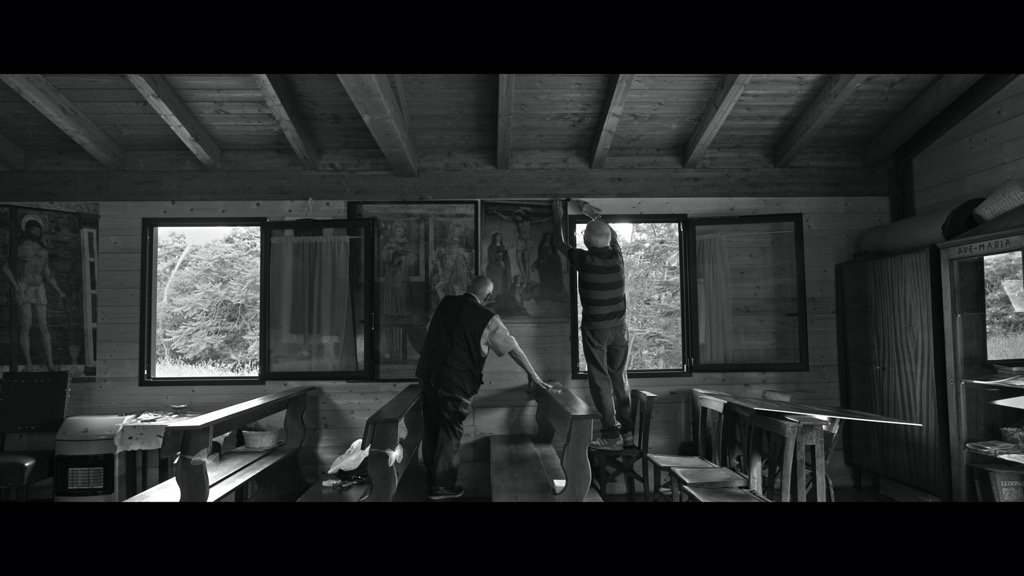 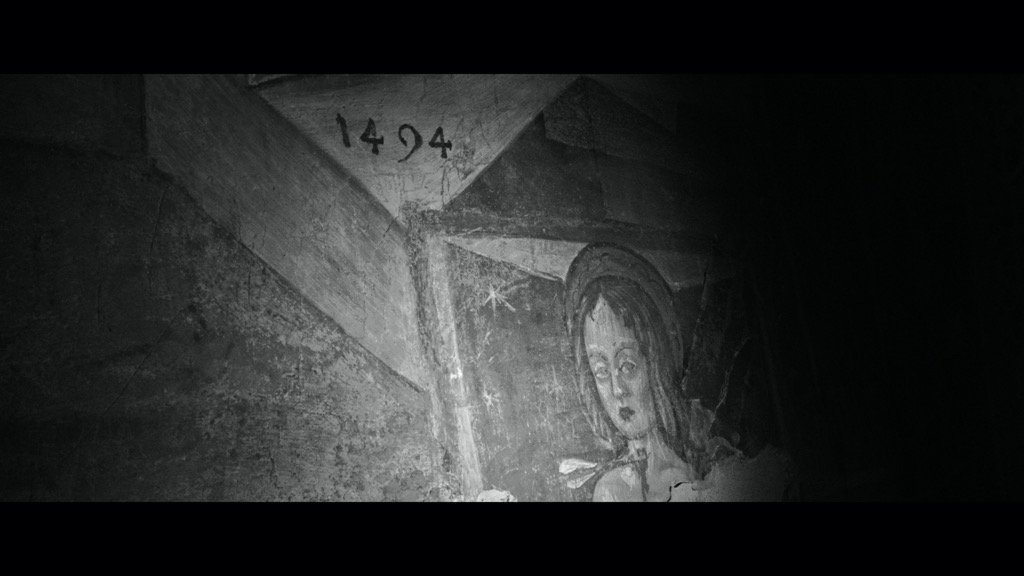 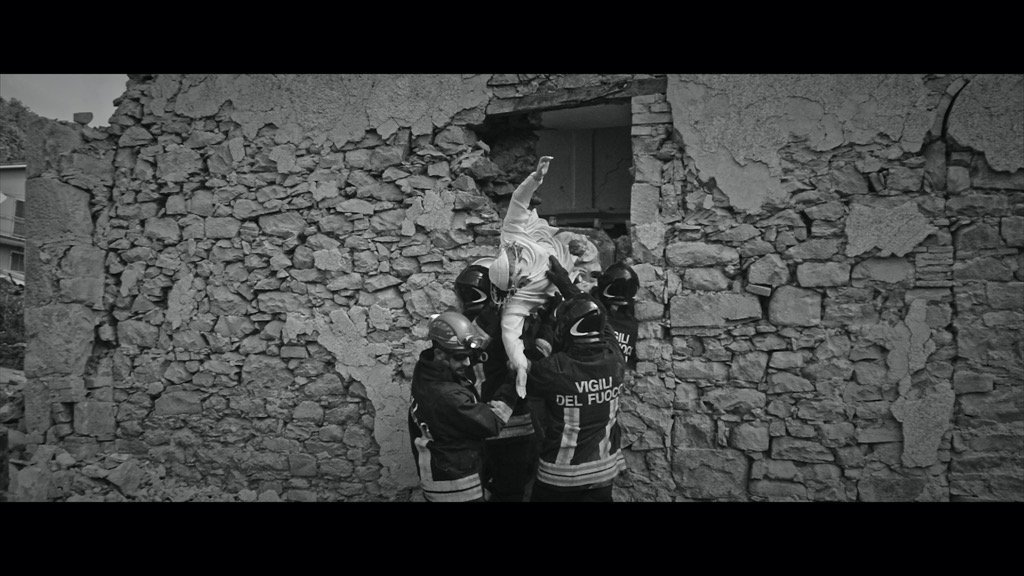 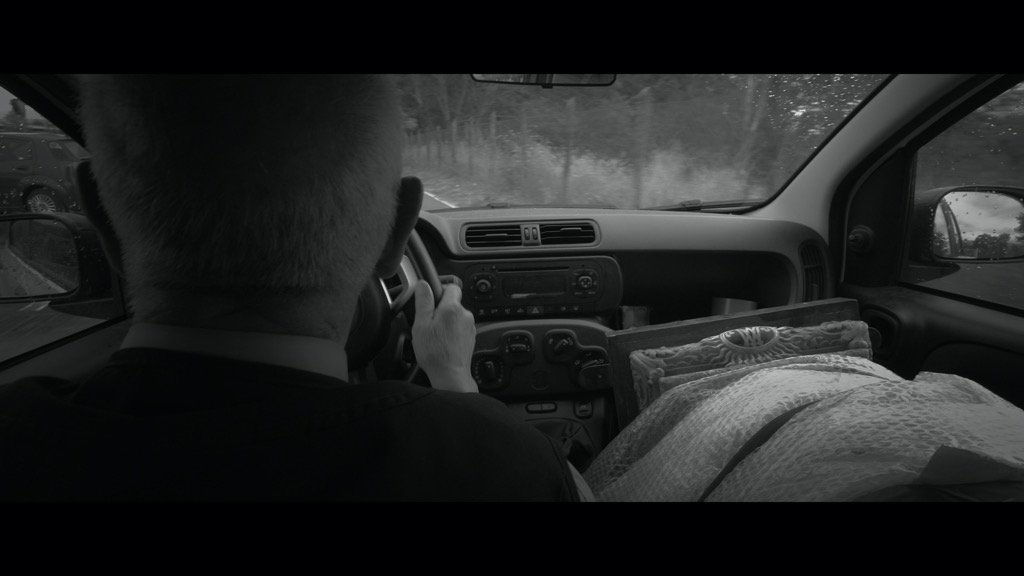 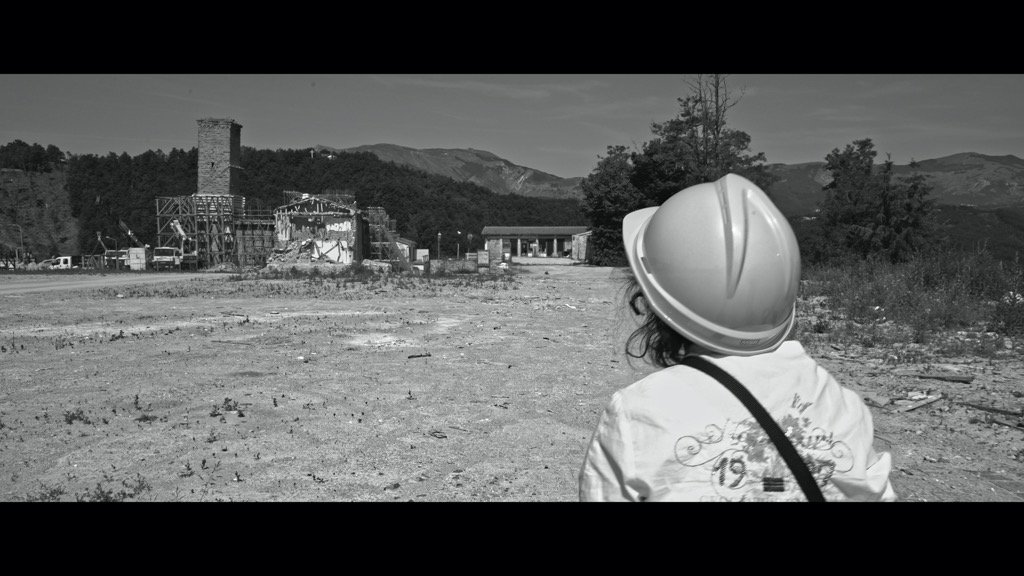 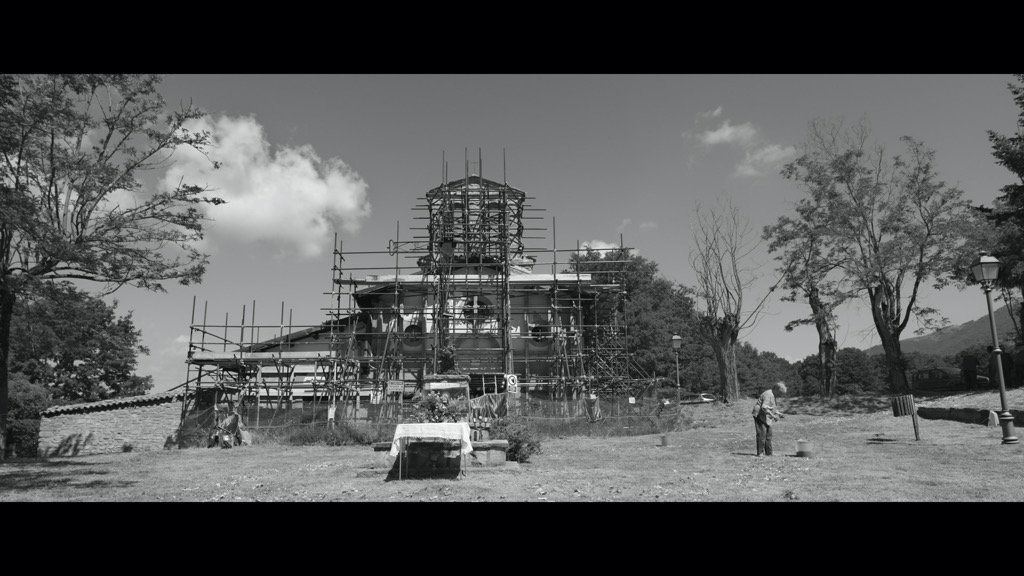 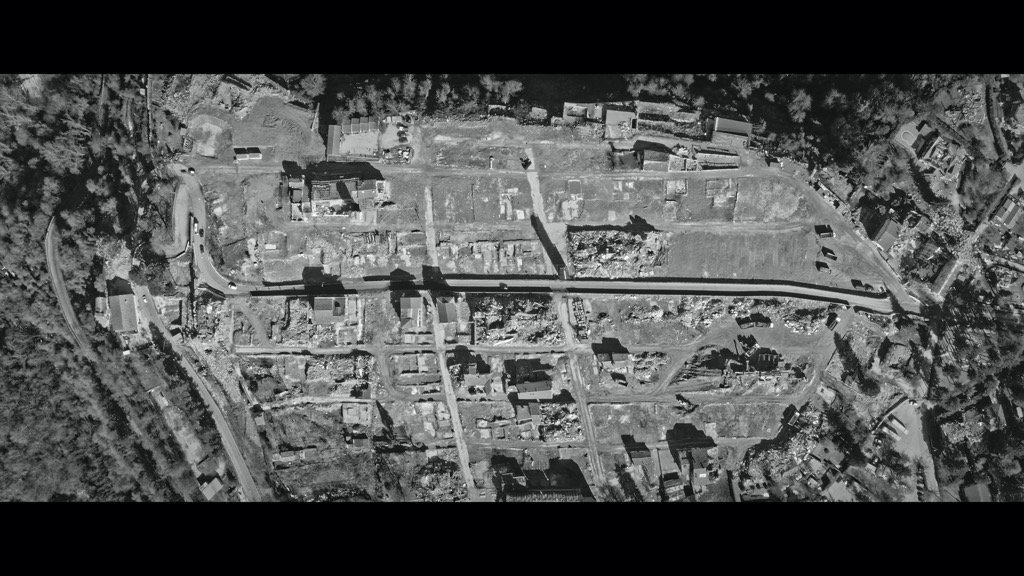 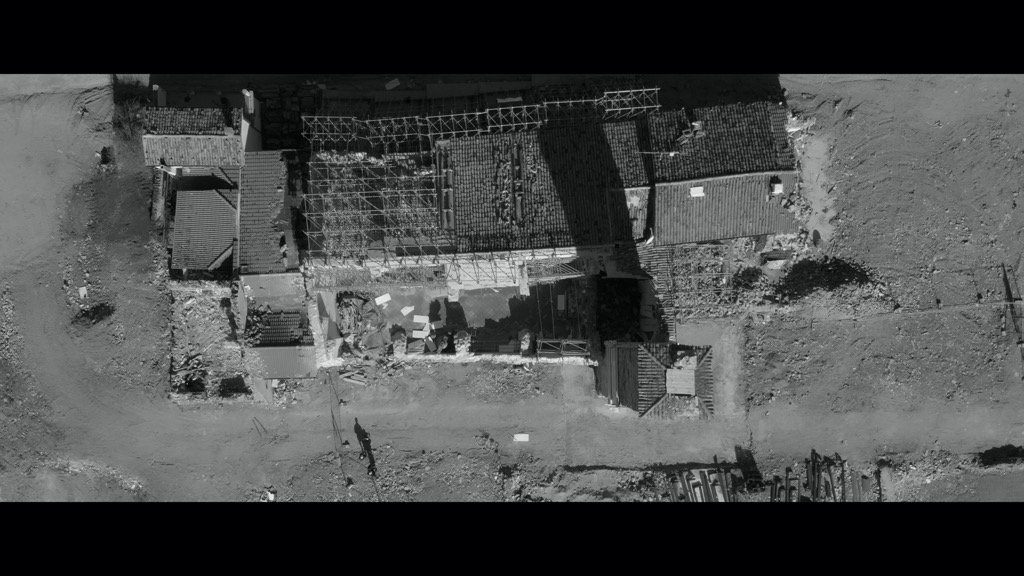 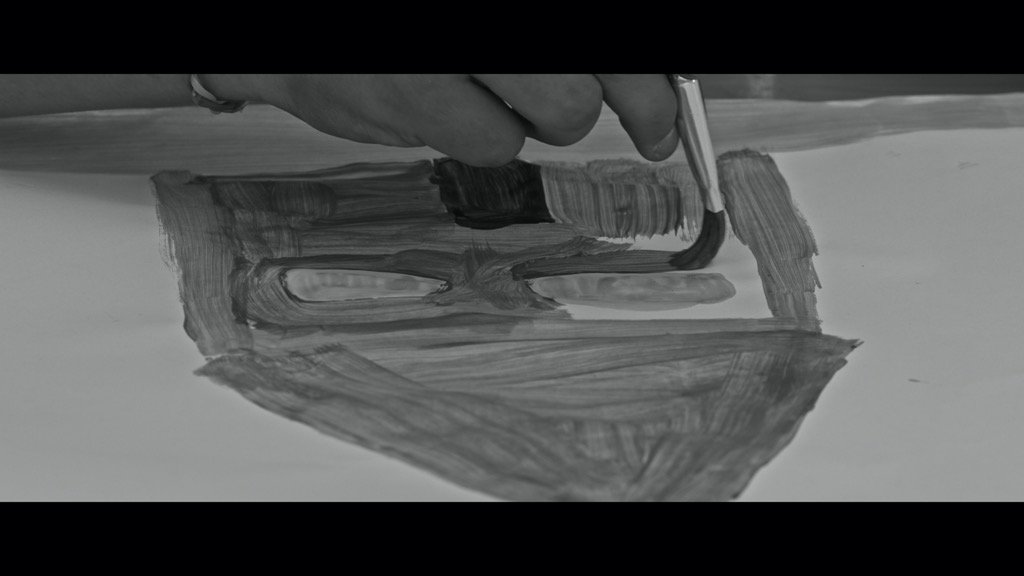